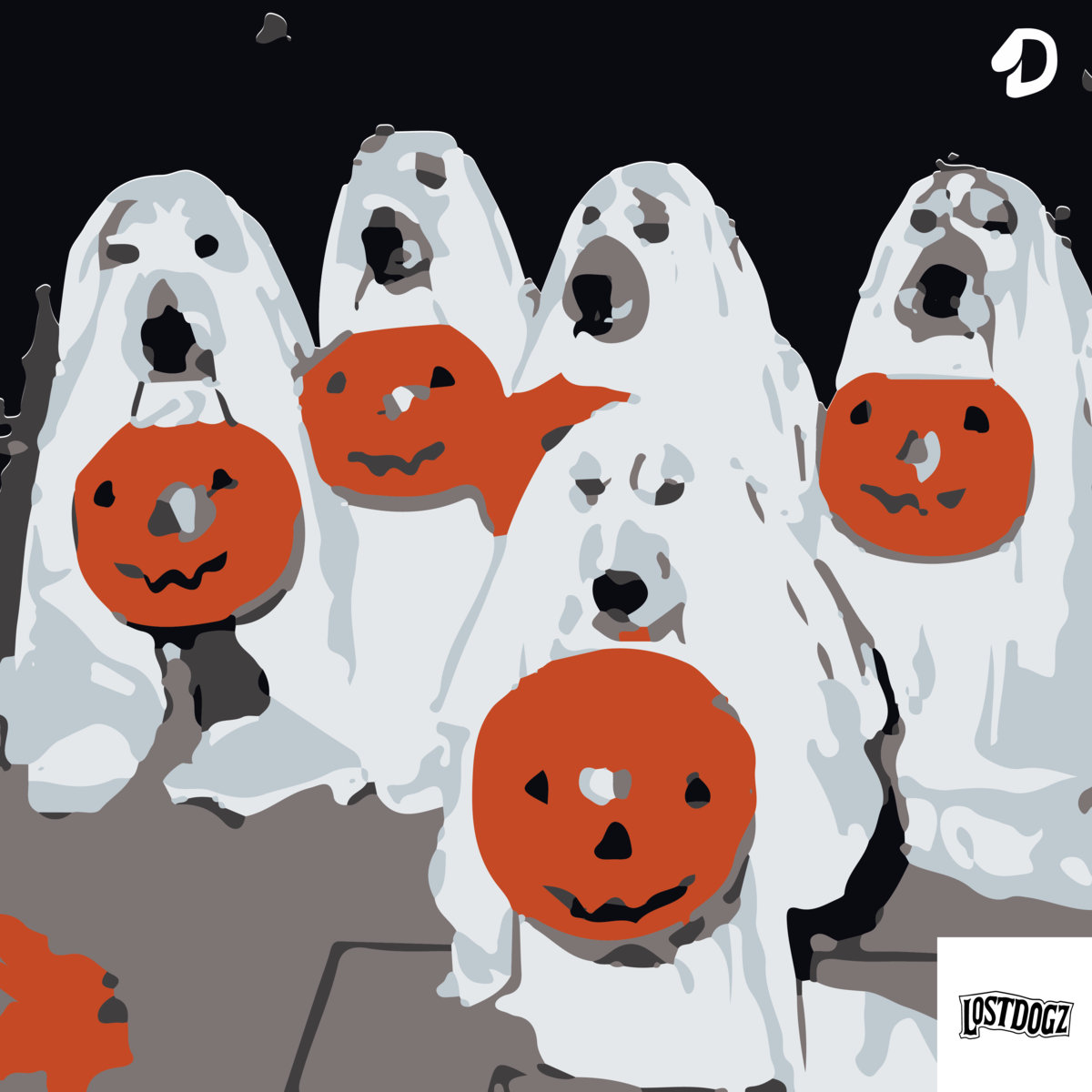 When Halloween falls on a Wednesday, that means the holiday extends forwards and backwards two weeks—minimum. Them's the rules.

So as part of the continuing holiday, which rolls over into this weekend, we are thrilled to tip the uninitiated towards the new Lost Dogz comp, Trick or Treatz, which came out earlier this week.

Bringing together the collective's core members for an 11-track romp through experimental bass tracks which are instantly identifiable as emanating from this tight-knit crew.

The compilation pulls together offerings from Player Dave, CHROME, Untitld's chilling “Witchcraft” and sktchy ppl's “hoodie season.” Ryan Blank a.k.a. vide knocks out an impressively hard-hitting “hellhounds,” and snuggles turns in the brash “snake head,” which sounds a bit like Dog Blood run through an overdriven practice amp.

Our old standby's CAMBOT and Milano are up in the mix with “Choices” and “Candy,” respectively, and young Abelation, fresh off the release of his album, Pulse, is already primed to get “Disgusting.” Reese Downes is getting a ton of praise for Pulse, which is simply a jaw-dropping effort from a guy who I think will still be too young to vote on Election Day.

Yheti fans will be falling over themselves for Chrome Republic's “Poggers” instrumental, and alpha dogs EAZYBAKED close out the collection with a particularly gnarly “Psychosis.” Pure joy front to back.

Each member of the cult is busy with their own tour schedules. Rumor has it that a Lost Dogz tour might be in the works, and with the success of the collective's Pacific Northwest takeovers, of late, don't be surprised if you see these hounds hitting the festival circuit hard this season.