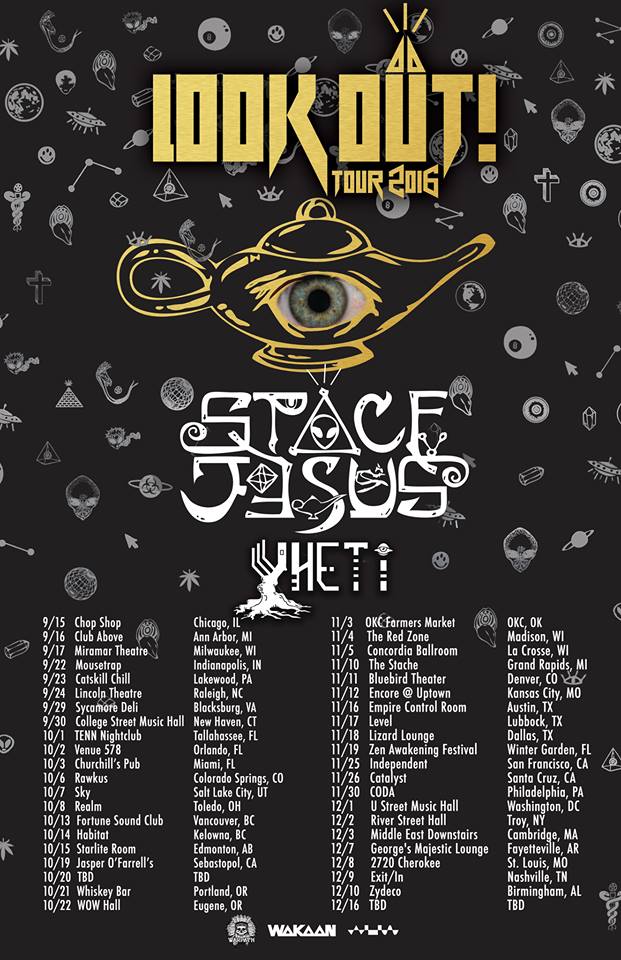 The Captain of the weird bass ship, Space Jesus has just released the dates for his 2016 Look Out! Fall Tour. He will be invading the nation with his Chief Officer, Yheti and Second Mate, Esseks (on select dates).

The 42-date tour backed by Wakaan stretches from September to December and lands in almost every state. These galactic nomads are the dudes on the forefront of the weird bass scene.

This past year has been huge for Jasha Tull. A huge tour with Liquid Stranger as well as massive festival performances at Lightning in a Bottle, Camp Bisco and Shambhala have cemented his legend amongst psychedelic wanderers. He has firmly established himself as the Cosmic Commander in Chief.

The tour starts off in the midwest in about a month, cruising into the southeast, and then popping over to the mountain states. Fans in western Canada get to enjoy the sounds they heard this month at Shambhala, and then road warriors make their way down into the Pacific Northwest and duck into northern California for just a spell. Then it's back to the midwest and Texas, followed by a big date with Zen Awakening Festival in Florida around Thanksgiving. The tour then heads into the northeast, and closes out in the lower midwest.

As these three arrive in your cities, perpare yourself for the strange and the heavy. Bass waves will be reaching all corners of the Solar System and madness will prevail. So pick a date and book your flight.