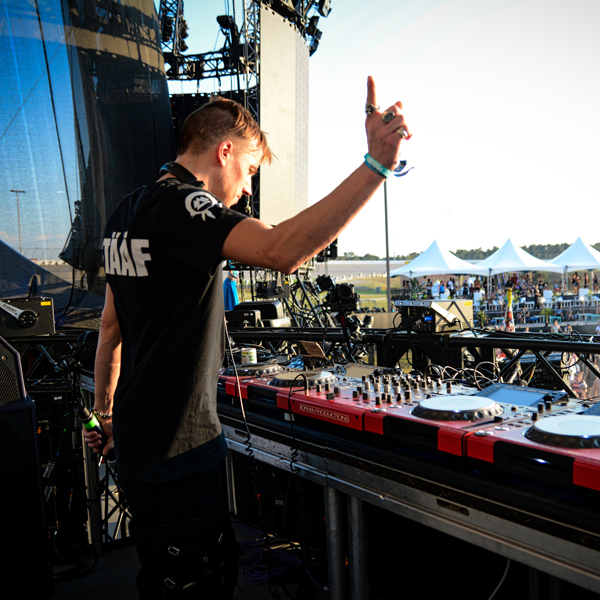 Versatility is the name of the game.

True to his “free form bass” aesthetic, Martin Stääf today unveiled his much-anticipated Weird & Wonderful EP, named after the barn-storming tour he just completed this past fall. Released on his rapidly-rising Wakaan imprint which has brought a huge stable of underground bass talent into the spotlight, these six tracks, in addition to being unbelievably good, are also a strong statement about the future of bass music.

The bookends of the EP, opener “Launch” and closer “Get Well Soon (Aaron)” demonstrate Stääf's ability to weave a number of styles and rhythmic approaches into one song, to the highest effect on the first track. The closer also evokes moodier, more brooding Stranger of years past, for fans of his downtempo work.

The breakout single from the album, “Hotbox,” is Martin's take on riddim, but as only he can do it. Upbeat, hip-hop to the nines, and tough-as-nails. It's such a monster. “Who” might be the sleeper on the EP, getting super experimental and out there with its approach. As Stääf spent months and months out on the road with cutting-edge new talent, it's clear that he's learning new sounds and taking on new styles fearlessly in an open format lab filled with the top sonic scientists.

Speaking of Wakaan talent, the two collaborations on the record are pristine, with a wonky bass anthem “Space Boss” featuring Space Jesus, and a hard-to-pin-down cut with Mr. Bill, “Frankenskank” which shows you just what can happen when two geniuses apply their talent to a track simultaneously. Those vocal chops are beautiful.

Innovative and all about what's next, Liquid Stranger shows up all the vets in the scene tied to the sound that made them popular all those years ago, who are now relegated to the dustbin because they don't know how to adapt. Once again, Martin Stääf shows us he can stay ahead of the curve, and keep churning out the hits.

Can't wait to catch him, Space Jesus, Yheti, Shlump, Conrank, and a number of Wakaan crew members at The Untz Festival in June at the Mariposa County Fairgrounds. Let that west coast bass come home to roost.