Mind-warping bass lines, galactic, dub grooves, and vivid psychedelia–Interchill Records’ new compilation Waypoint showcases new organic, squishy, and hypnotizing production. The comp has a plethora of both world-renowned and up-and-coming artists in the genre. Waypoint touches the listener’s soul by collecting sounds from around the globe.

Each of the thirteen tracks share the same mystic vibe; yet they differ vastly from each other. This album is an internal conversation with each track bouncing off the next; it is a form of poetry emulated in the sounds of organic electronica.

The opening track, a Hibernation remix of Grouch's “Indifference” sets of the mood for the anthology. A track resting on dub origins presents panning basses, trance-inducing melodies, and eerie breaks to start off Waypoint’s distinctive and ever-shifting musical journey.

Throughout the next twelve tracks, artists from the likes of Liquid Stranger, Gaudi, Variant Field, and Drift, bring us acoustic-infused electronica, a playful yet transcendental journey of soundscapes, introspection, and harmonizing bass.

Swedish producer Liquid Stranger shows off his softer side with “Flipside” in which he features glitch-filled percussion, otherworldly atmospheric evolutions, and his signature ambient sound. Other artists follow suit, picking up acoustic samples that express homage to a multitude of cultures conveying a diversity of complex musical backgrounds in the producers and musicians. All of who bring their own backgrounds and influences to Waypoint’s puzzle.

The tracks range from immersive electroacoustic soundscapes, to harder hitting bass-filled psychedelia – Interchill has showcased some of the most exquisite organic electronica of the year. Surely it is an album to be played on repeat time and time again. 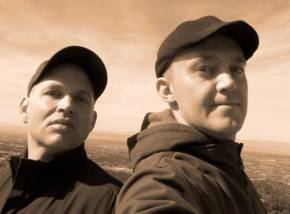