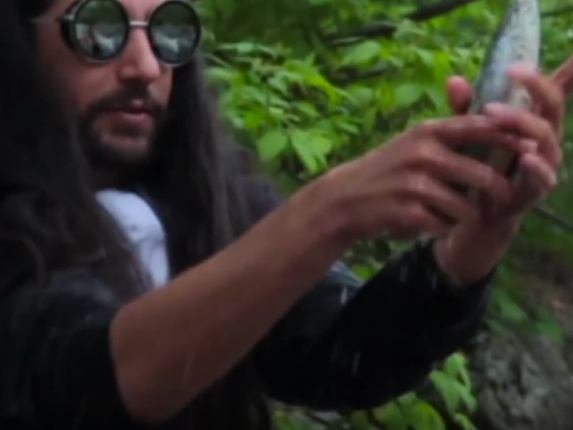 Breaking boundaries is not something wholly unfamiliar to these Wakaan foot soldiers. Bass music royalty Liquid Stranger and Space Jesus have released a music video featuring two tracks; one from Martin Stääf and one from Jasha Tull featuring Sam Eckstein a.k.a. Esseks combining "Don't Stop" and "Won't Stop" directed by Pipus the Wise. The mysterious video follows our two protagonists through through rocky wilderness where a clandestine meeting will take place. In true eccentric fashion an offering is made and the video takes a turn for the weird (as it should).

Each tune is mixed perfectly together as if it was one song yet both tracks have their distinct styles within them. Throughout the track a peculiar selection of ethereal sounds is accompanied by massive low end. The lead up is a melodic journey of female vocals that ascends into the potent heaviness that Liquid Stranger is famous for. As the track transitions into the second half Space Jesus's sound illuminates. The drop is like falling down an elevator shaft from the 92nd floor. Initiating the savagery is the vocal "Don't Stop," then the cascading synth kicks in accompanied by unrelenting low end that is going to make festival crowds turn into riots. This song is colossal. I can guarantee you'll be hearing it all summer and for good reason.