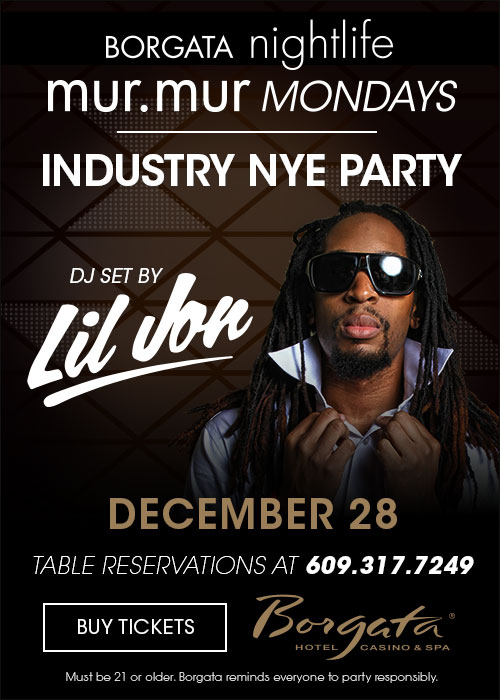 One of the hottest Monday night parties on the planet, Borgata Hotel, Casino & Spa is ratcheting up the intensity on its mur.mur Mondays industry parties for a special New Year's event.

On December 28th, the King of Crunk, himself, LIL JON, will be spinning a high-energy DJ set for all the industry folk who want to celebrate NYE in style.

For more than a decade, LIL JON has been a larger-than-life figure in the hip-hop scene, lending his hyped up vocals to smash hit singles across the music business. Now, LIL JON brings his party-all-the-time persona to Atlantic City, NJ for an unforgettable night of crunk, trap, and hardstyle blended into a sonic gumbo of beats, booty, and bass.

Each Monday, Borgata's mur.mur nightclub goes all night long with some of the biggest DJ's on the planet, as well as well-versed residents, who say "NO" to boring beginnings to the week. For those who have to work all weekend, the mur.mur industry night can't be beat.