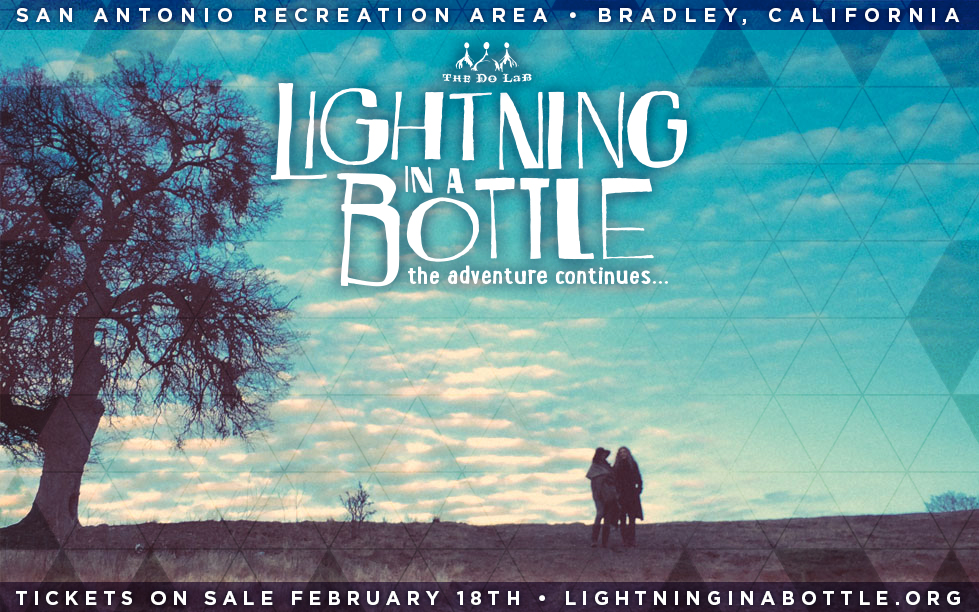 As expected, longstanding festival institution, Lightning in a Bottle, is returning to its traditional dates over Memorial Day Weekend in 2014. From May 22-26, The Do Lab will move its annual transformational gathering of wildly diverse artists, musicians, performers, and fans to San Antonio Recreation Area in Bradley, CA.

Last year, LiB was forced to change locations and dates, but the unique event returns to Memorial Day Weekend roughly halfway between the Bay Area and Los Angeles. The move is inspired by a lack of late-night sound ordinances, and convenience for fans from NorCal and SoCal which predominantly make up the bulk of the festival's attendees.

Tickets will be on-sale at the Rush-and-Get-Em discounted price February 18th. Regular pre-sales will be up February 19th, and all passes and more information can be found at lightninginabottle.org.