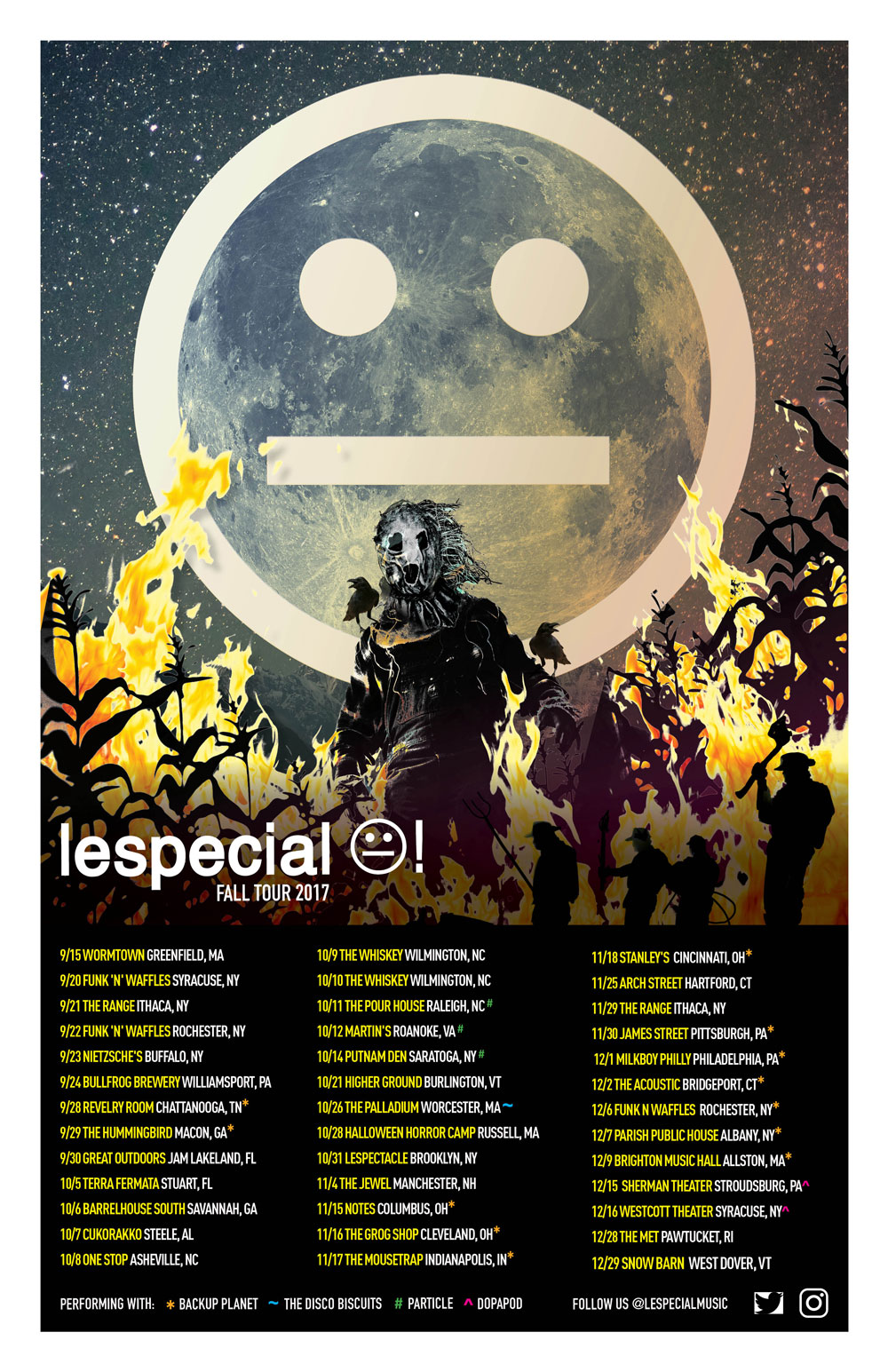 For years, lespecial has carved out a niche from its Boston base as the versatile band who can do anything. Prog, metal, trance—you name it. Guitarist and percussionist Jonny Grusauskas, bassist Luke Bemand, and drummer Rory Dolan have amassed a rabid following, collab'd with a number of artists including Space Jesus and Supersillyus (performing as the backing Life Band for the latter), and toured incessantly.

Things are about to get a lot more interesting as the band heads out on a massive fall tour, to which the trio added a number of dates recently, that stretches from mid-September all the way through mid-December. Heading from the northeast down to the southeast, up into the midwest, and then making their way back to the northeast, the three-piece is putting a ton of miles in on the road, and expanding its sound into new territories. Along the way, lespecial links up with Backup Planet, The Disco Biscuits, Particle, and Dopapod.

While the band has been hard at work on a new album for release sometime this fall, there is no release date as of yet; however, they have completed a stand-alone single mastered by Anthony Thogmartin (EarthCry, Papadosio), which takes the outfit in a new direction. “The Boundaries” is a trancey, downtempo, and oddball track that has a real trip-hop feel. Leaning more heavily on production than instrumentation, there are a lot of elements at work here in this futuristic cut from the livetronica trio. The team sounds like its having fun with eerie vocals and haunting melodies. The Terence McKenna samples are a nice touch.

Visit lespecial.net in order to snag your tickets for the tour, and keep an eye out for that album coming soon.