Chicago’s Double Door played hosted to the aptly named “Crazy Ass Dance Party.” The event lived up to its bold promise and then some, bringing in established names like Le Castle Vania, electro-duo Kids at the Bar (Chad Rauborg & Matt Buckley), and Dani Deahl. Chicago natives and Lollapalooza vets Team Bayside High (Derek Berry and Rick Carrico) also made an appearance at the show.

The event was a two-story, multiple DJ party featuring electro-dance upstairs and dubstep downstairs, with plenty of people scrambling up and down, trying desperately to catch both. The whole night was high energy with Kids at the Bar getting everyone moving with synth heavy beats and crafty drops. They indulged the crowd with some Dim Mak jams including Steve Aoki and Bloody Beetroots remixes as well as their highly popular take on Empire of the Sun’s “Walking On a Dream.” The duo has performed at major festivals and has shared the stage with some big names at UMF.
Dylan Eiland better known as Le Castle Vania holds an equally, if not more robust resume, having performed with the likes of Justice, MSTRKRFT, and Simian Mobile Disco, to name a few. He’s been touring nonstop since the summer of 2006, taking his unique sounds from LA to Mexico and across the pond. His performance was a visual and audio feast, keeping everyone highly active with darker disco sounds and heavy distortions. He has a defining sound that I find a bit darker and grungy, while still having an upbeat disco feel. The distortions complement the darkness most notably when he treated the glowing crowd with the Smashing Pumpkins “Zero” remix.
Several of the artists at “Crazy Ass Dance Party” are heading to your area sometime or another this summer, you just don’t know it yet. Le Castle Vania is touring with Identity Festival, hitting over 20 cities along the way. I’m still super bitter that they shafted Chicago, but the Second City has plenty to be excited about. You can see Dani Deahl over at the Playstation Stage on the Friday of Lollapalooza. The boys of Team Bayside High are going to be getting their hometown groovin’ at North Coast Festival over Labor Day Weekend. If you are a house, dubstep, hip-hop, or indie-electro fan, that’s going to be a festival you don’t want to miss. 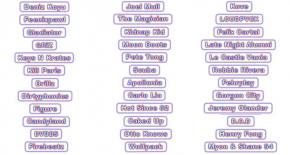 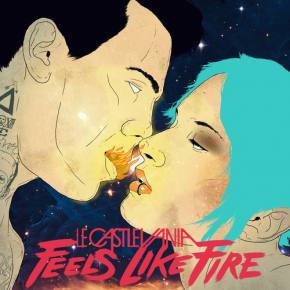 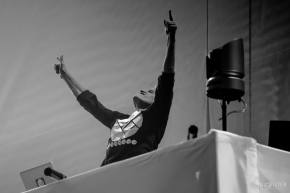 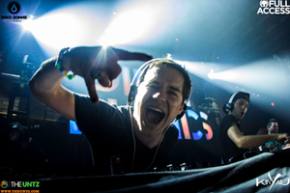