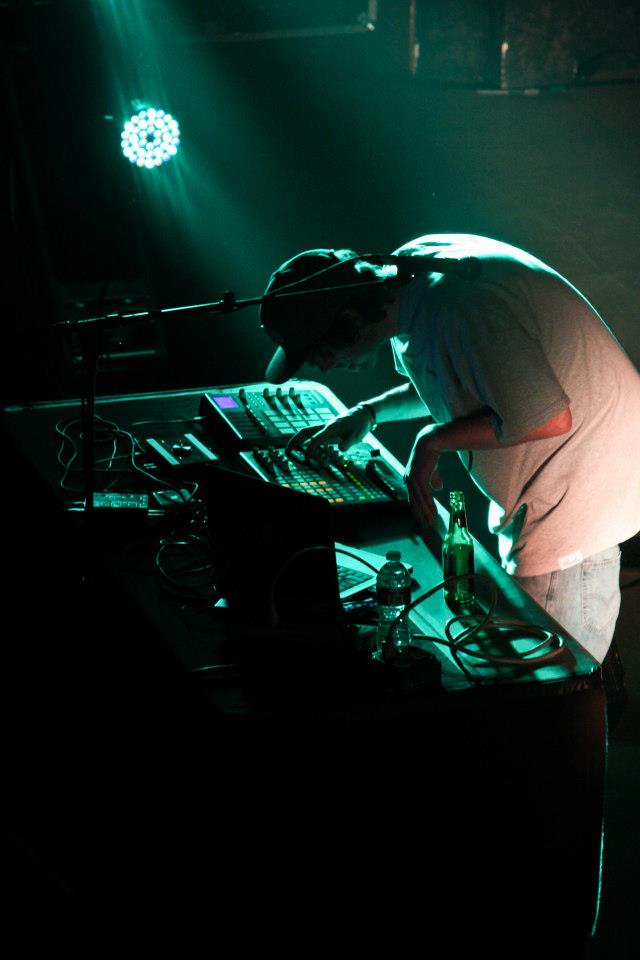 Christmas has arrived a little early for hip-hop heads and electro-soul fanatics. Some of the most gorgeous scenery in a field can be a wildflower, for it is the divine manifestation of hardworking bees who selectively choose these plants to prosper. They are not mass-produced like the bouquets we see lining florists’ shelves, but these blossoms smile brightly up at the sun in exaltation of all that legwork. Late Night Radio, Texan Alex Medellin, has been working prolifically over the past two years to cultivate his beat gardens. His latest mix, the fourth installment of his Vinyl Restoration series, digs deep in the roots of jazz and soul, and fertilizes it with some highly-concentrated hip-hop composition to harvest another exquisite product that should be an electronic stocking stuffer in everyone’s speaker cabinet.

I know you have been grinding ten hour plus days in the studio lately for your newest edition of the Vinyl Restoration series. What can listeners expect?

Well, still that classic feel with the vinyl selections, I made this one even more laid back and a lot more chilled.

I also heard you have been working on a full-length album?

Yeah, my new LP, Soapbox. I’m around 14 tracks right now, just really trying to push my sound and make something timeless on this one.

What’s your most memorable performance?

Either my first headlining show at Cervantes in August, or The Ogden opening up for GRiZ. All my homies were there and the love was just amazing.

You have collaborated with great emerging sounds like Krooked Drivers, Robotic Pirate Monkey, and the remixes are incredible. Is there anyone you want to work with?

I’d love to work with Michal [Menert] or Grant [GRiZ], and I’ve got MuzzY, Kevin from SunSquabi, and Clark from DYNOHUNTER on the new album. Also working with The Geek out of France.

Before I dedicated my life to this I could shred.

I am sure you get some crazy tweets, what’s the wildest thing that anyone has tweeted you.

I have gotten a few hater tweets that made me laugh.

Rascals. I feel the genre of electronic music is always integrating and the sounds of two years ago will not be here two years from now, but I feel you have that timeless sound that could have been played 20 years ago, and people will still be bumping their JBLs of “Far into the Night” 20 years from now. What is your perspective?

I mean that’s the goal. That’s why I dedicate so much to this. Longevity is the number one thing you want. I mean look at one of my biggest influences RJD2, he’s been doing it forever and can still come sell out a venue and put on a great performance.

I have no doubts that LNR will be playing all over the world for years to come, but what about this upcoming year, what are your main goals?

I want to release my new album I have in store, Soapbox, and just work with as many people as possible. I also want to tour as much as possible and hit as many new cities as I can.

Late Night Radio’s catalog is a lush garden of funky bass and vividly colored classic jazz and soul samples rooted deep in hip-hop breaks and instrumentals. The massive amount of music released over the last two years is enough to satiate the hunger of the most gluttonous music fanatic. His new Vinyl Restoration 4 mix is an early Christmas gift heading into the New Year for the naughty and nice. Unwrap the present from The Untz, smoke a chimney, pour some eggnog, and let it snow. Oh and after the festive listening sessions, you can catch Late Night Radio performing at the one of the country’s premier New Year’s parties, Decadence at the Colorado Convention Center in Denver, CO. Truly an act you don’t want to miss.