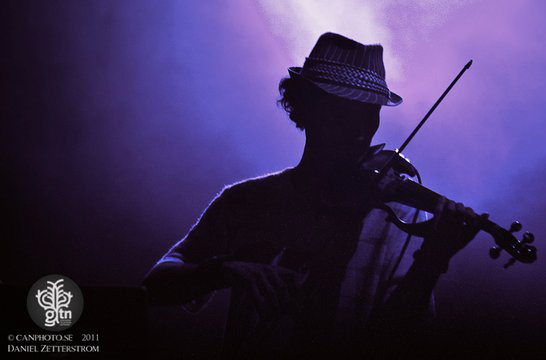 Today, Lapa announces his forthcoming album, Meeting of the Waters, will touch down September 9 via Loci Records.

The producer and multi-instrumentalist Ilya Goldberg rose to prominence with Emancipator, joining Doug Appling as his stage show partner, so it is only fitting that the new Lapa release find its home on Appling's label.

While mystery still shrouds the release, one thing we do know is that the LP features collaborations with Random Rab, 9 Theory, and, of course, Appling, among others.

We're thrilled to feed fans the lead single from the album, "Roadwalk," a delicate downtempo piece full of atmposheric flavors and ephemeral effects. Setting the tone for the release, the track positively vibrates with warm life. The lush layers of organic notes and airy melodies float in and out, building and disappearing almost as soon as they alight on the driving percussion. Goldberg rushes towards the climax with exotic eastern string elements, and then brings the song to rest softly, once again. It's a mini sonic vacation for the weary.

You can make "Roadwalk" yours at a pay-what-you-want price point, which will hold fans over (as anticipation builds) for the September 9th release.