On March 30th, German duo Kyau & Albert will take a look back, and take a step forward with 15 Years, a compilation celebrating their fifteen-year anniversary as a flourishing and influential act. The forthcoming album features some of the most recognized and adored tracks from Kyau & Albert, as well several new and unreleased tracks.

Beginning their career during the mid-90s, Ralph Kyau and Steven Albert have reached the European masses and have also managed to strike a chord with North American EDM fans. MTV Europe has described Kyau & Albert as “the biggest DJ band in the world,” and their prestigious background reflects this assertion. When they aren’t performing at prominent festivals like Electric Zoo, Electric Daisy Carnival, and Mysteryland, the two Germans keep busy tending their own label, Euphonic.

With 15 Years, Kyau & Albert provide fans with a sampler of their explosive sound. The musical journey begins with Sun Jellie’s remix of “Falling Anywhere,” a featured unreleased track. A buoyant, synth-heavy track, “Falling Anywhere” serves as an introduction to the energetic sound that Kyau & Albert have to offer.

“On The Way” features the vocals of Albert, as do many of the duo’s tracks. The major key creates an uplifting vibe for listeners, and Albert’s synthesized vocals add to the track’s cheery disposition.

The Tritonal remix of “Once in a Life” showcases the darker aspects of the duo’s sound. Evocative vocals and pounding bass come together for a ground-shaking, ear-blasting product that would win over any dance floor-ready audience.

“This Love,” another new one, evokes a surprisingly subtle sound that incorporates acoustic guitar and synthesized string arrangements. Albert’s wistful vocals wrap around passionate lyrics that don’t come off as cheesy or trite.

Skipping, “Kiksu” and Super8 and Tab’s remix of “Velvet Morning” take 15 Years out with a bang. “Kiksu” keeps the audience on their feet with an unforgettable dance beat, and “Velvet Morning” drops the energy while retaining the intensity.

With a compelling live performance and infectious energy behind the decks, Kyau & Albert have shown audiences across the globe the high level of talent and esteem they have reached in their career. Now, with fifteen successful years underneath their belts, the pair can look forward to what the future holds for them. 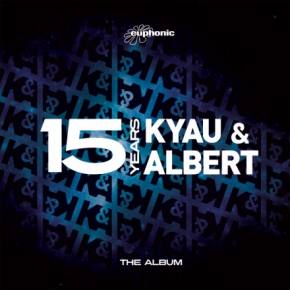 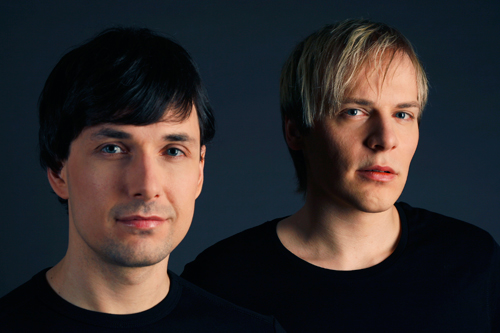