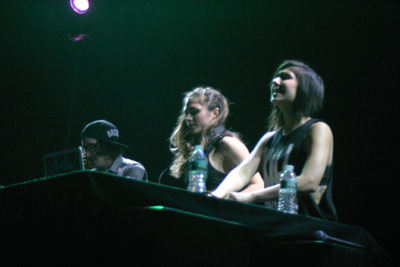 Krewella getting each and everyone one of us wet on Thursday, Feb 7th had been the running joke as Syracuse students counted down the days to the Westcott show. The concert was something that had been talked about since their tour date was announced, and on the Monday preceding the show, the concert was completely sold out. This didn’t surprise many people, except disappoint fans that didn’t jump on the gravy train sooner, left without tickets. People sold their extra tickets for double the price; it seemed like everyone and their moms were going to be there Thursday night and having a ticket was like gold in your pockets. 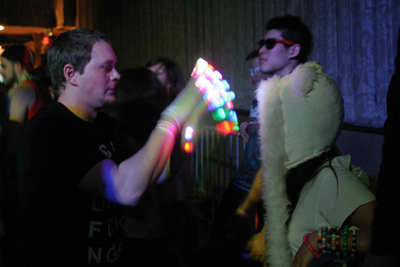 Upon arriving at the familiar venue, it was obvious that the crowd was already consumed by good vibes – everybody was anxiously anticipating the trio. Girls and guys alike came drooling over Jahan and Yasmine, the crowd packed with groups of good friends with the same love of the dynamic dubstep group. The openers pumped up the crowd, but the room didn’t get remotely as wet or start bumping until the girls yelled into the mics. The crowd cheered and danced; going wild when favorites like “One Minute” and “Come & Get it” dropped. 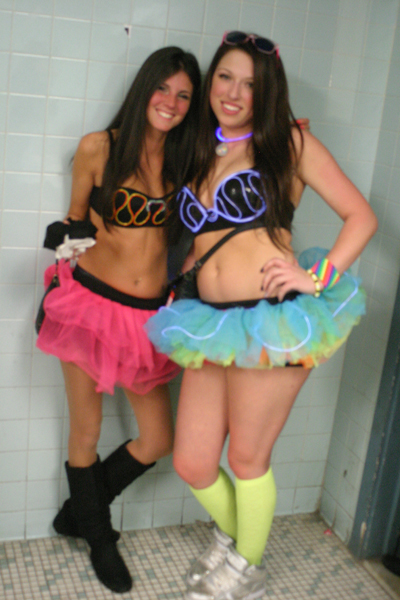 The group formed in 2007 in Chicago, and consists of Jahan Yousaf, Yasmine Yousaf and Rain Man. With over 62,000 followers on Twitter and 237,000 likes on Facebook, it’s clear that their popularity is only on the rise. Their charismatic performance was something the crowd had expected and ultimately received. Even with doubts floating, worried expectations of the night were too high - Krewella killed it. Their mix of dirty drops of dubstep with verses the crowd knew all too way and sang along to, made the night all too successful.

The crowd was a mix of so many people as well, that it was hard to travel around without bumping into a familiar face. Kandi was traded, light shows were plentiful, and the music remained in concert-goers ears far past the speakers stopped. By the end of the night, fans were made, veterans were proud, everyone was soaked.