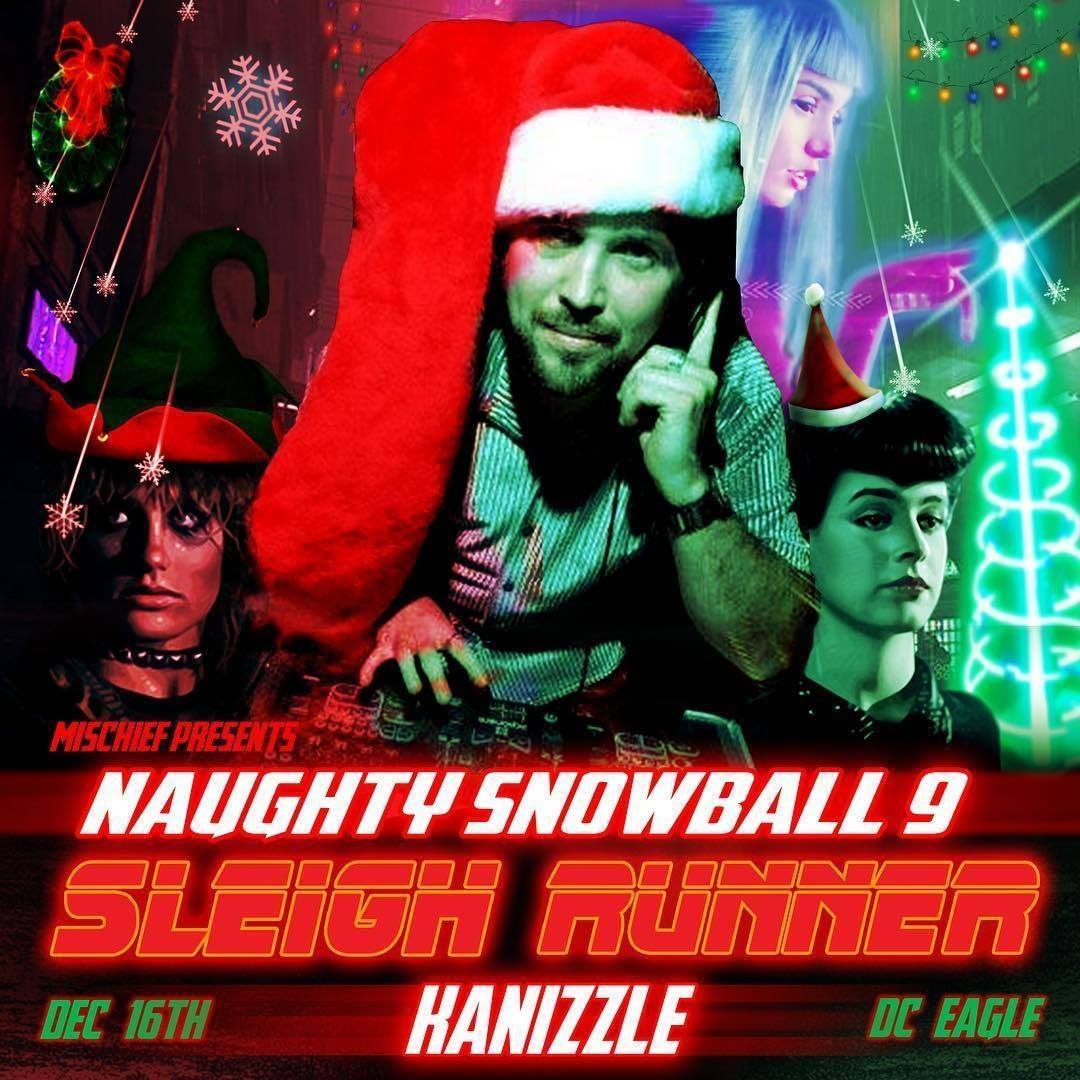 It's the most wonderful time of the year. The holidays bring cold, bitterness towards happy friends, unearth grudges amongst family members—but at least there are frisky themed parties. An inappropriate raunchy holiday party? In this climate? Why, yes! Because a sex positive booze fest is exactly what everybody needs after the shitstorm that is 2017.

One of the head honchos behind this annual party, Joshua Cunningham, makes his triumphant return to the east coast as Kanizzle. Just in time for Sleigh Runner, we've got a brand new tune of his for fans of that uptempo, mid-Atlantic booty rockin' bass. “SWΛG” is equal parts Hov, juke, and brass. It's rowdy, it's randy, and it came here to fuck some shit up. There's a tropical vibe, and plenty of global influence, as the DMV crowd loves its worldly hip-hop flair.

Kanizzle heads back to Taos, New Mexico next weekend for a not-so-secret Winter Solstice party at the Taos Mesa Brewing Earthship on December 22 alongside Dubvirus and a regional cast of characters. It's safe to assume he'll be taking that east coast grit back with him.