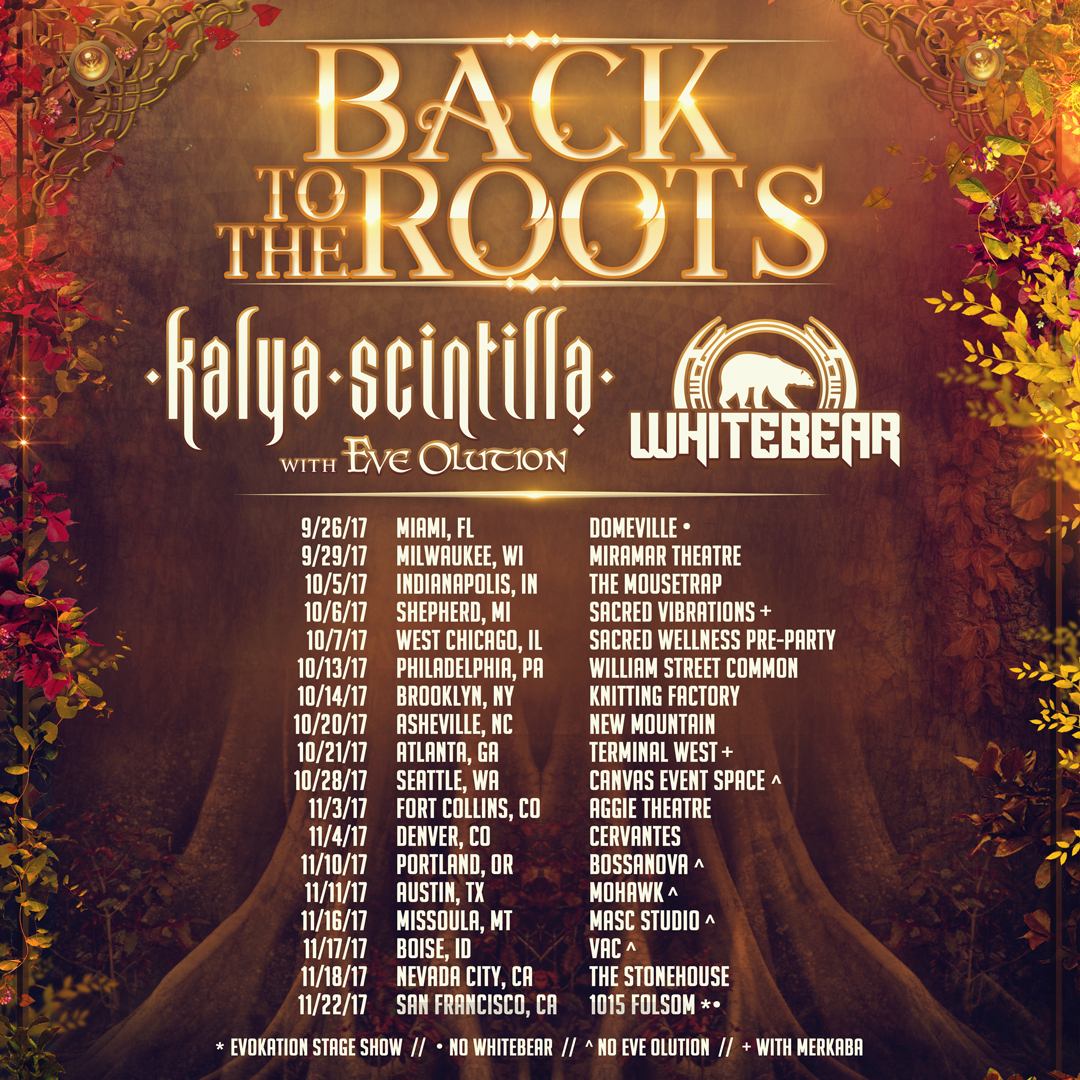 The Australian invasion is underway.

As part of their Back To The Roots tour, Kalya Scintilla and Whitebear today unveiled their debut collaboration, the very first song released by the pair after years of touring the world together. Just a couple weeks into their first US tour together, along with Eve Olution, these two glitch, trance, and midtempo alchemists release a mind-bending journey for fans.

“Sipapu” is what the Pueblo people called the portal that led their ancestors from the subterranean dimension. For us, it's our portal into the minds of two wildly innovative producers not only treating fans, but trying to build off of each other. It's easy to hear where each artist added their magic, and then at other points, you're lost in a swirling vortex of sonic possibilities.

As part of the Back To The Roots motif of the tour, there is a philanthropic focus of the tour, with many of the stops diverting donations towards Plant A Billion, a project devoted to planting one billion new trees in the United States, Brazil, and China. As this is a purely American tour, any funds collected towards the reforestation efforts will be used right here in the States.

This weekend, the tour lands in Philadelphia and Brooklyn, then off to Atlanta where a special evening with the performers will feature a midtempo and uptempo Whitebear set alternating with a Kalya Scintilla set and his alter ego, Merkaba, which lands in the earthy trance realm. More stops in the Pacific Northwest, Colorado, and California await.