Article and Photos By: Margaux Galligan

Jonah Lipsky, better known as J. WAIL, has been fusing multiple genres of dance music with brilliant guitar and synth work from his home base in Boulder, CO, first one-man-banding it, before bringing on drummer aNdu. Teaming up with Lotus drummer Chuck Morris and a slew of guest artists including Jason Hann and Michael Travis of EOTO, has given the duo a heightened profile, just in time for the release of J. WAIL’s new album Lazers n’ Flowers, dropping soon.

When and why did you start playing music?

I started playing music when I was young, taking lessons and stuff like that. A lot of my inspiration for music came from my birth mom who passed away when I was 2 years old. I still have her guitar, which is the one thing I have always been able to connect on. Knowing that she played that guitar and that it was passed onto me remains in a special part of my soul. I have always had a philosophy about this guitar, that it goes out of tune easily but I found that no matter what tune it is in, when I play it, it always sounds pretty.

Other than your mom, who were your musical influences?

One thing that’s always motivated me is the people who are dancing, because the energy that is created between the performer and the crowd is such a good connection, making my time as a musician worthwhile—to have that connection with people getting down and dancing to my music. When I first started touring around I had this vision in my head of me playing at a festival under a full moon and everyone is sitting around and dancing which is a vision I always keep in the back of my mind. But as far as specific musical performers, even though I play electronic music, Phish has always been a huge influence in my life. Trey Anastasio specifically is one of my all time favorite guitar players which is probably why I’ve seen a ridiculous amount of Phish shows. I owned a vegetarian café in Ashville, North Carolina then one day in 2005 I sold it and decided what I really wanted to do was to play music on tour. So later that year I set up a tour all across the country, I didn’t care what I played for, it didn’t matter, it was just for the experience. It was a great experience, I lost a lot of money and went into it only wanting to play one tour, but after that I just kept going with it. At that point I wasn’t really playing electronic music, but after that tour I realized I just wanted to make people dance and being solo is hard to get people to dance so I started incorporating electronic beats into everything, and that really took things to the next level and since then it’s only been an escalation of knowledge of up-and-coming software and mastering live sounds. Very much of my roots are jam and funk, part of me is highly influenced by bands like Phish but another side of me always wants bass and a steady beat that keeps people driven on the dance floor all night

Being from New York, how did you weave yourself into the Colorado electronic music scene?

I used to live in New York when I was young, then I lived in Ashville, North Carolina for 5 or 6 years and then after that I briefly moved to Arizona, but in that time I was playing shows in Colorado. I realized one day that for me and what I am doing and all the things manifesting in my life that Colorado would naturally be the best home base for me. I moved here 3 years ago and I can honestly say that Colorado really feels like a home to me. I feel like when I moved here I met a ton of people, it was easy to talk to people because everyone’s so friendly and into the music scene. It definitely has the best music scene in the country, which makes it perfect for me. I live in Boulder now, and if I could have it my way I’d live 20 minutes out of Boulder in the middle of the mountains, but I’m working on that.

What gets your creative juices flowing?

Watching other bands perform live and even just watching bands on YouTube. Anytime I’m around Mother Nature, hanging out it in trees, it infuses my soul, and it therefore leads to musical creation.

What images and emotions do you want your music to evoke in the listener?

I’ve never thought about what I want to evoke in the listener. With a listener, I feel like the way I want to really evoke them is by taking them on a ride. But really what I try to do is create songs with different moods, and different beats. For example, my new album Lazers n’ Flowers which will be released later this month, each song has a different style. I can’t really tell you what genre it is, I’ve asked a lot of people, but the idea is to really take the listener on a ride, and for them not to know what to expect next, to me is a special thing.

How did it feel to be an electro jammer opening up for rappers Slick Rick & Too Short at City Hall on New Year’s Eve?

That was a great experience! I was telling my drummer aNdu “I bet a year ago, if somebody told us we were going to be playing with Slick Rick and Too Short on New Year’s that we would have never believed them.” It was great being able to play with those guys, and I even had the pleasure of hanging out with Slick Rick for a little bit. He was a really nice guy and it was a great experience to be able to share that bill on New Year’s because it had a nice amount of diversity to it from electronic to old-school rap.

Aside from Saturday’s show, I’m sure you’ve crossed genre lines at other shows and festivals. What has been your favorite festival to play thus far?

Camp Bisco of 2010 was a probably my favorite festival, although we barely made it there on three tires… but you always gotta make it to the show!

Can you talk about some of the collabs you have had with artists such as Chuck Morris from Lotus?

Chuck is like my soul brother; we were born on the same day at the same time so we have had this instinctual connection from the first day we met and jammed together. Once we discovered our connection we just kept on playing. Touring with Chuck was a great experience because we get along so well on the road, and it really doesn’t even seem like work most of the time it just seems like our little vacation. I know there are a lot of differences between when he tours with Lotus than when he’s on J. WAIL tour. One thing that I always found from him is that we could go on adventures to complete ghost towns and there is really no telling what will happen. It was really good for both of us; at the time aNdu had gone back to the East coast and I was looking for another drummer, and this is when Chuck came into the picture. The timing, and the way everything worked out in the universe was perfect for the situation. And right when it was time for Chuck to go back on Lotus tour, aNdu was ready to come back. And aNdu, truthfully, I must say that guy kills it on the drums! He is one nasty drummer, and I really appreciate both Chuck’s style and aNdu’s style because they are both very different. Its great being able to play with them both and share each of their separate musical capabilities and the technique they use to incorporate their own sound into the songs that I create. A lot of heart goes into each of my creations, and these songs are not something that was created over night in one shot. All of my songs are a ride for my listener but for me as well, my vision for a song will be completely different than how the song will turn out. I never know where the song will take me because there is no predefined style.

Who do you dream of working with in the future and how do you think this will complement the euphoric sound of J. WAIL?

I have always had this idea of the J. WAIL orchestra. It would need a string section, a horn section, hammer dulcimers, didgeridoos, and even instruments I am not even aware of right now. I would compose it all by taking these electronic songs, keeping them electronic, but also having all these different instruments helping to create it. I don’t know when that will be able to happen, but it has always been an outstanding vision for me. I also have some visions of doing some overseas traveling. We will be going back to Puerto Rico for the second time this year but would really love to go to Europe and Japan so we are trying to pull this dream into a reality for us. 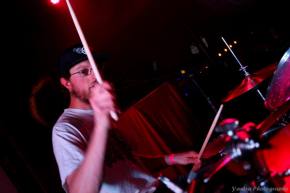 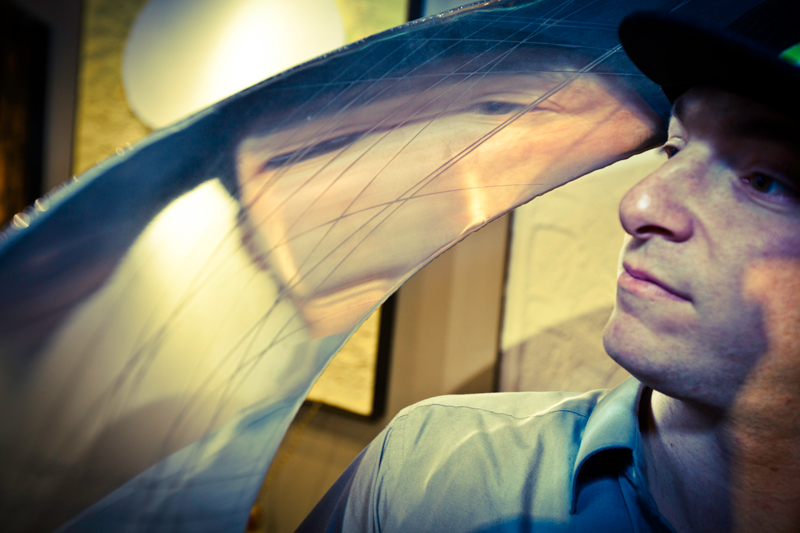