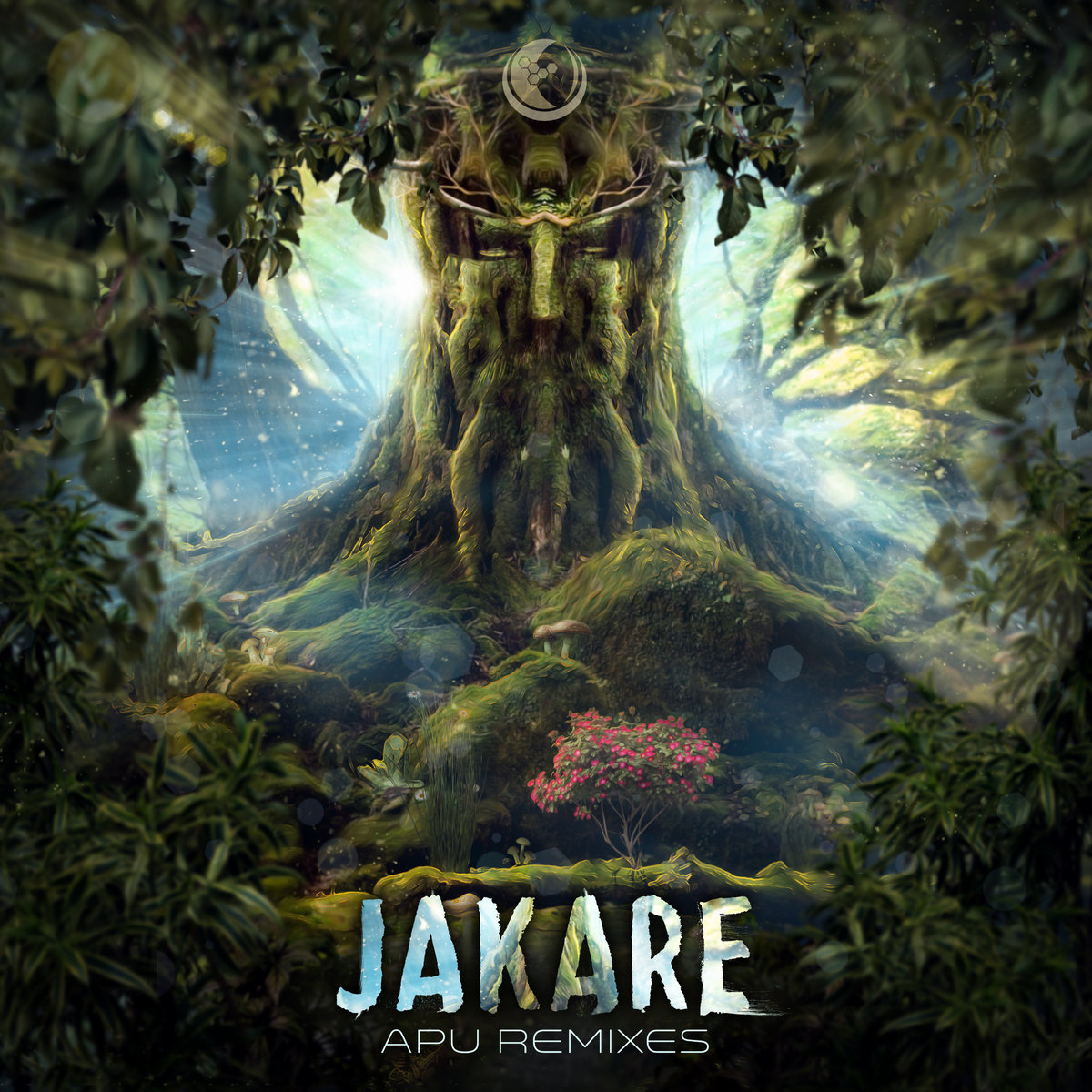 In the vast, deep forests of history, long have the inhabitants of Earth sought connection with nature and other forms of life on this planet. Though humanity’s chapter within this greater story has been short, their innate ability to form this link through increasingly inventive means has lead to the development of exotic tools, complex languages, and a colorful web of cultures that in just a few millennia has come to span the entire surface of the globe.

Within this elaborate web, there are artists like Jakare: an electro-folkloric duo that wields the emotional language of music as a tool for exploring the endless frontiers of the human experience. Tapping into the vital root of global electronic music as it dances to the steady beat of technology and moves to the rhythms of a much older, ancestral current, their sound is one of cultural and musical tradition entwined with humankind’s essential drive to connect and merge with the surrounding world.

Their first release off 2021— ‘Apu Remixes‘ — continues in their musical tradition of blending Old- and New-world instrumentation with modern production techniques by inviting five musical visionaries from the electronic world to partake in the celebrated ritual of remixing and unleash their distinct musical styles on compositions first released by Jakare in Spring 2019 on their debut EP, ‘Apu.‘

Deep tribal producer and Resueño label head Mose leads off the collection with a stirring rendition of Jakare’s ceremonial “Cleansing,” drawing listeners into a landscape colored by downtempo atmospheres and fueled by a holographic collection of synths, beats, samples, and cleverly-woven instrumental sequences. Playing true to Mose’s intention of crafting musical journeys, the track opens the doors to the rest of the collection by showcasing the pure essence of “organic house” and its numerous global influences, rooting itself in both acoustic and electronic components to provide a rising and falling emotional tale.

Beatfarmer, Gibson, Ancestral Elephants, and Marcelo Berges bring additional stylings to the collection while showcasing the rhythmic essence of Jakare’s originals. Known for his own fusion of worldly and electronic influences, Beatfarmer’s “Globall” remix provides an upbeat and groovy entry to the EP while returning Desert Trax artist Ancestral Elephants seizes on the same track for an organic side quest that speaks to the versatility of Jakare’s original instrumental compositions. Gibson — known by many for his tech bass production work as part of Birds of Paradise — offers a fiery electronic mid-tempo revision of “Glass Temple,” and closing the EP on a genre-bending mixture of organic DnB and slow house, Columbian producer Marcelo Berges shines light on the intersection between folk and global electronica in his “Moon Howl” remix.

At once ephemeral and steady; passionate and tranquilizing; soulful and uplifting, Jakare’s ‘Apu Remixes‘ is a potent glimpse into one of the endless ways our species connects with the surrounding world. Though music is intrinsically fleeting, the experiences and connections it can create are unbound by time and space, offering listeners and creators alike the power to see the world through another’s eye’s and gaze into the endlessly unfolding tale of life on the spinning globe we all call home.

Get Jakare's Apu Remixes from the Desert Trax  BandCamp today!