So a pretty fucking massive supermoon swept over us last week. As the moon now wanes, we must reflect, Jai Wolf is a force that must be certainly dealt with because 1) Jai Wolf is amazing and 2) Jai Wolf is about to be the fucking word. Check out the new six track EP drop—Kindred Spirits.

All people possessing somewhat of a steady pulse and living under or near the entity most commonly referred to as, “The Western World,” more than likely were affected by the thunderous cultural shockwaves set into roaring motion earlier this month. Like sitting in your therapist’s quaint office—discussing your worries and troubles as you relax on that sadness-soaked couch—you might have been re-evaluating everything lately. No matter what side of the argument/discussion you might have gravitated towards, the truth of the matter will always be; the United States has officially woken up from its sedation. We are much more divided and confused than we might have imagined we ever could have been prior to November 8. But. Lets focus on the music. We have officially finally awoken. And the music is about to get much, much louder.

Now, more than ever, is the time for powerful and amazing music. The world might have just gotten a little more confusing as of late but, if Jai Wolf has any say in the matter—one thing is absolutely certain—the music will be fucking grand. 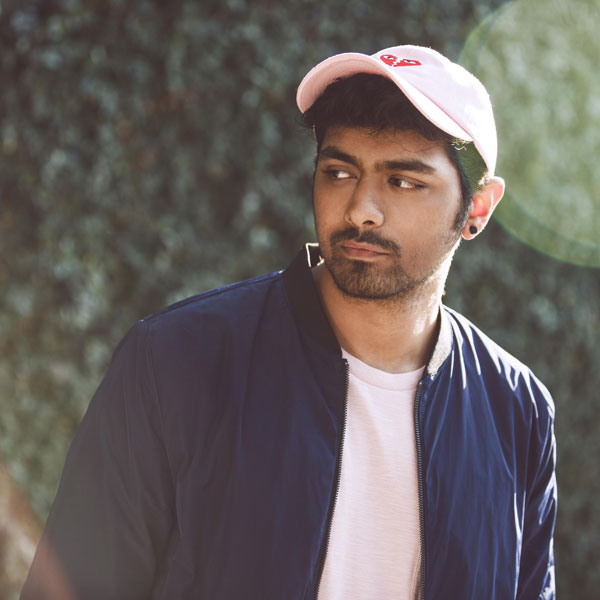 Sajeeb Saha found an outlet within the modern music scene back in 2014 when OSWALA put its ear to the ground. Skrillex heard some magic when Jai Wolf sent him his remix of the track, “Ease My Mind.” After that groundbreaking moment, the rest was (as they say) history.

Jai Wolf has always had friends. In 2015, Odesza’s Foreign Family Collective tracked the New York-based musical game changer and threw his track, “Indian Summer,” into the center of the scene. Although better known in the underground circuit to spin some fire remixes, the homie has some hot original production that needs to be part of the here and now.

So now, in the midst of a culture so respondent to future bass and tropical house, we are extremely happy and blessed to stoke our fires to the fresh EP, Kindred Spirits. Nothing is certain. However, track five is fire sauce! “The World is Ours,” is a genuine departure and stab unique when compared to the likes of “Indian Summer.” But it still has that feel good and new taste we so desperately need and want as fans. And in an odd feeling world we cant help but live in—what more could we really want. Madness exists all around us. Why not have a fire soundtrack?

Buy the Kindred Spirits EP digitally or on vinyl.