I’ll never forget that bitter taste when my parents broke the news.

“Somebody died at Paradiso.”

Merely hours after arriving home in Seattle from an incredible experience at Electric Forest in Rothbury, MI, and my post-festival glow had already vanished.

Paradiso is a two-day electronic music festival in late June that takes place at The Gorge Amphitheater in George, WA. It began in 2012 and in one year, had already garnered a sterling reputation among my friends who had attended the previous year. Sadly, its reputation now bares a sordid stain as the death of Patrick D. Witkowski will forever taint its history.

I didn’t know Patrick, but his death stung nonetheless. Despite electronic music’s recent explosion in popularity, there remains an unbreakable bond between the people involved in the scene. You can travel halfway around the world and instantly form a lifelong friendship with a complete stranger over a pounding bass line on a dimly-lit dance floor. It’s one of the magical aspects of this scene that continues to hold it together in the face of such harsh criticism, especially from mainstream media outlets. But this bond is a double-edged sword; when someone in the community dies at a concert, we all feel the pain.

Patrick’s death was initially blamed on “molly,” a blanket term used to describe any concoction of substances that appears to be MDMA or ecstasy. But his autopsy report revealed the cause of death to be a combination of organ failure due to dehydration and methamphetamine intoxication. There’s no way to confirm that Patrick wasn’t intentionally smoking or snorting meth, but there’s a very good chance he wasn’t. It’s much more likely that he attempted to purchase some form of MDMA and was instead given a bag of powder containing an unknown number of different drugs, one of which happened to be methamphetamine.

Cases this like are sadly becoming more common. Electric Zoo, one of the biggest EDM festivals in the U.S., shut down its final day last year due to the deaths of two attendees. Any death is tragic, but preventable deaths are that much more painful.

And that’s where DanceSafe can help. 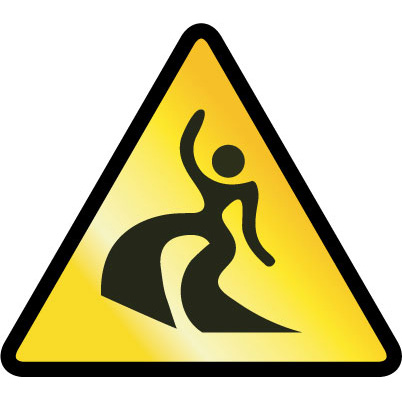 Founded in the San Francisco Bay Area in 1998, DanceSafe is a public health organization geared toward making the electronic music community a safer place. They (actually I should say “we”as I’ve been a member since the fall of 2013) exist in order to educate ravers and festival goers on how to party smarter. In addition to passing out free earplugs and condoms at shows, we also provide adulterant screening, which is a fancy way of saying drug testing. We neither condone nor condemn recreational drug use; we simply believe that if you choose to ingest mind-altering substances, you should know what you’re taking. DanceSafe sells four different test kits: the Mandelin, Mecke, Marquis, and Simon’s reagent tests. These various tests are able to cover a wide array of substances found in the recreational drug marketplace.

DanceSafe is a non-profit and thus exists solely on donations. In order to reach as many people as possible, the organization need additional funding, which is why we launched a fundraising campaign on Indiegogo. Each donation level comes with a different perk so you actually get something back when you give. From stickers to test kits to concert tickets, there’s something for everyone and every price range.

This generation stands at an important crossroads. We can either pretend like drugs don’t exist and watch as more kids die from overdose or we can make sure that as many people as possible know what they are taking. Help us make this summer as fun and safe as possible.