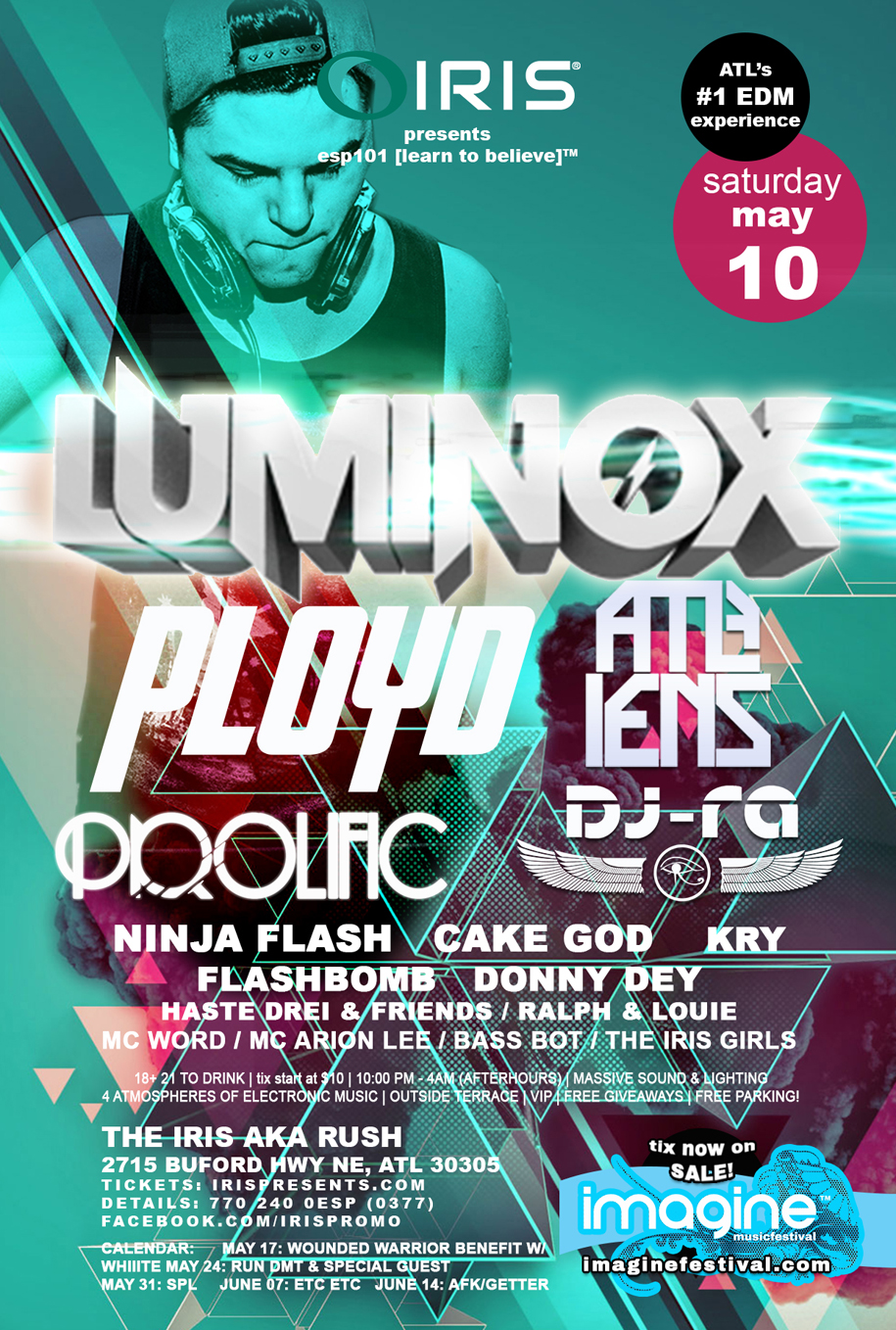 David Lopez rose to prominence on the back of the huge trap uprising in 2012 and 2013. Massive remixes and original tracks released on the biggest and best labels in the game have cemented his name as one of the go-to producers not only in the trap industry, but across many genres. He'll be supported by local faves Ployd, ATLiens, and more.

The biggest and best dance music experience in the A hits Rush each Saturday for esp101 [learn to believe], a unique experience taking place across four rooms with totally different feels and sounds. With the best production in the south and the cleanest bass you'll hear anywhere in Atlanta, each of the four stages is maximized with the highest-quality electro, house, trap, and dubstep.

The IRIS Girls blow out the party, and lasers and cryo-cannons are the icing on the cake. You won't find an experience quite like esp101 anywhere else in the city, let alone the state. This is how to throw a dance music party. And they do it EVERY Saturday night!

Check back in irispresents.com to get tickets, find out who the team is bringing next Saturday, and learn more about the IMAGINE Music Festival, coming later this summer.