As bands like The Disco Biscuits, the New Deal and Sound Tribe Sector 9 continue to grow in the jam and electronic communities, the notion that electronic music can play without a set of turntables is becoming more and more acceptable.  But while bands start digging into the house and trance records buried at the bottom of their crates, the scene has begun to feel a bit too crowded, too claustrophobic.

So when a band like The Malah comes around, with glorious melodies, shifting composition and hypnotizing poly-rhythms, it starts to feel a bit more spacious.  Born out of Greenville, South Carolina back in 2003, guitarist Brandon Maynard, drummer Seth Fankhauser and bassist Elliot Vaughn met in high school.  Drawn together by a shared love of the rave scene in the late 90s, the group has an accurate name; the music is always centered around its phosphorescent, eloquent and easy-to-digest melodies, but remains rooted in four-on-the-floor, trance-like drum builds. While the band has played alongside groups like the Biscuits, STS9, Umphrey’s McGee and Particle, the band originally found difficulty in its first few years.  Though jamming and playing together was never really a problem, amassing a catalogue proved to be a bit more difficult.

“It’s tough to find your sound, to define something that we’re all interested in,” Vaughn said. “We started off with spacey, atmospheric stuff.  Almost a Pink Floyd approach.”

For The Malah there are two worlds: the studio and the stage.  Writing and performing stem from the same drive, but attack the senses on different levels. And while The Malah, who has played hundreds of shows across the nation, has to impress crowds from the stage, they know they also need to draw listeners in with their writing.

“Composition is something we take pride in,” Vaughn said. “We want to take the listener on a journey.”

The band has traditionally found its groove in the studio, and Vaughn commented that the group’s first forays into the shed, “Voyage of Radiowaves” and “Sound Spectrum” were what really solidified the group’s writing process (“The first album is when it all came together,” Vaughn said).  And now that the group is back in the studio working on another full-length LP (due out this year), the band is starting to feel even more productive.

“With ‘Sound Spectrum,’ that was more of what we do live,” Vaughn said. “We’re going back to getting in the studio and getting creative.”

But the band is still putting forth plenty of effort on its live side.  While the song structure may stay the same, the live interpretations of each track are what ultimately drive the group forward.  The band is an electronic band, but also very much a jam band.  Not that “jam” is any sort of dirty word.  It just means that The Malah wants listeners to have a good time, whether they are on the couch with a studio album or the dance floor with a heated jam.

“We pay a lot of attention to our set lists, we cater our set to how the crowd reacts,” Vaughn said. “It’s drawing them in and the energy comes up.  We like to ease in to the electronic sound.”

As the band enters its ninth year, the group is looking towards the future.

“Right now everyone’s really excited, we’re stepping our sound up and expanding on what we can do in the studio,” Vaughn said. “Our last album was 2008, so it’s been a lot of fun to get back in the studio and we’re having fun with it.” 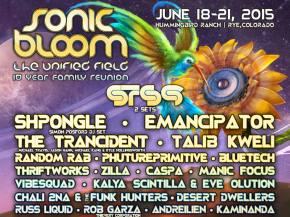 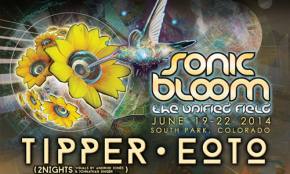 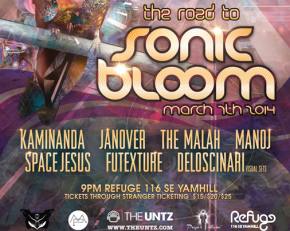 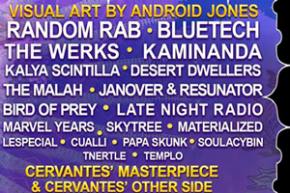 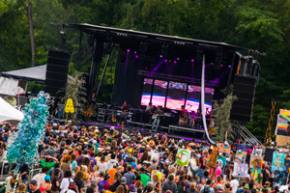