Last month at Low End Theory festival I caught up with Matthew Kratz, aka Kraddy, a founding member of The Glitch Mob and acclaimed DJ/producer. He generously took some time to speak with me so I asked him to share a bit about his most recent release, Be A Light. 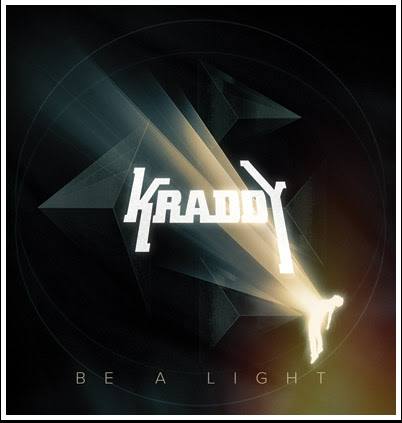 We started off discussing the album title: Be A Light. I thought it sounded incredibly reminiscent, like I’d heard it somewhere before. As it turns out, the expression originated in the teachings of the Buddha. “The full phrase is “Be a light unto yourself” – which I used as part of the lyrics in my song No One Saves Us But Ourselves.”

Kraddy dove a little deeper to tell me what the expression means to him. “To me, [the expression] “be a light” means that I have to take the responsibility to make my life, my mindset and my path a positive one. It’s not a one-time decision. It’s a decision I need to make every moment.”

The infused feels in Be A Light were supported by greats like turntable beast and Low End Theory resident, D-Styles and a cavalcade of vocalists that impress at each turn. Some of these include the highly respected Lady Ali and the broken-hearted Brett Hite. YoAstrum teed up versus that were so hard Kraddy told us he “went back and rewrote the track so that it would fit his style.” Sophie Holt also made an enchanting contribution on three separate tracks, which accounted for the longest collaborative effort on the album. “She’s a great friend… [an] amazing songwriter and has a beautiful voice.”

Those who know Kraddy’s work will notice that Be A Light has a unique sound compared to past releases like Android Porn, Anthems of the Hero, Labyrinth in Dub or Truth Has No Path. “Before I wrote Be A Light” Kraddy explained, “I was sailing on a friend’s boat by Venice and Santa Monica and someone asked me to put my music on because they had never heard it. I played a couple songs but could tell that the songs were too aggressive for the beautiful serene environment [at sea]. That’s when I realized that I wanted to make an album that was more at peace with itself than my previous albums. Something that we could play while sailing at sunset.” 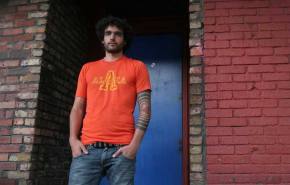 Take a quick listen to “Winning” or “No One Saves Us But Ourselves.” Mission accomplished.

The aptly titled track “Winning” is particularly unique, especially in its uplifting message. Kraddy described it as a song “about those times I think things are going wrong, but in reality things are going right. Events or situations that seem bad or negative are sometimes blessings in disguise.” Perhaps it’s these moments that it helps to remember to enjoy the ride, rather than worry about the parts of life that can’t be controlled.

On Facebook, Kraddy recently elaborated on the track. “Winning is about realizing that I am not always the best predictor of the future. In fact, I'm wrong all the time. Life will surprise me, if I let it. And more often than not, I will get what I want in a way I never envisioned. That's why the theme of the video is flying/swimming. I wanted to make a reminder to myself to let myself get pulled out of my comfort zone. A reminder to ease my hands off the controls and let life take me for a ride. It’s scary but its also pretty amazing when I do.”

Watch the above video if you haven’t already. Sophie Holt’s stunning vocals grip the soul while the dynamic slow motion of peacefully soaring aerial performers and tranquil divers splashing into the water serve as reminders that believing in ourselves is often the greatest way to make the best of a situation.

Before parting ways I asked Kraddy if he could share news about any other upcoming music video productions for tracks on Be A Light.

Next up: “The Prestige.” Definitely stay tuned for this one. It’s planned as “an homage to dancers” and with D-Styles on the track it’s sure to have something for everyone.

BUY “BE A LIGHT” on iTunes HERE

KRADDY wants you to BURN IT DOWN (figuratively).

[INTERVIEW] Kraddy wants you to 'Be A Light'