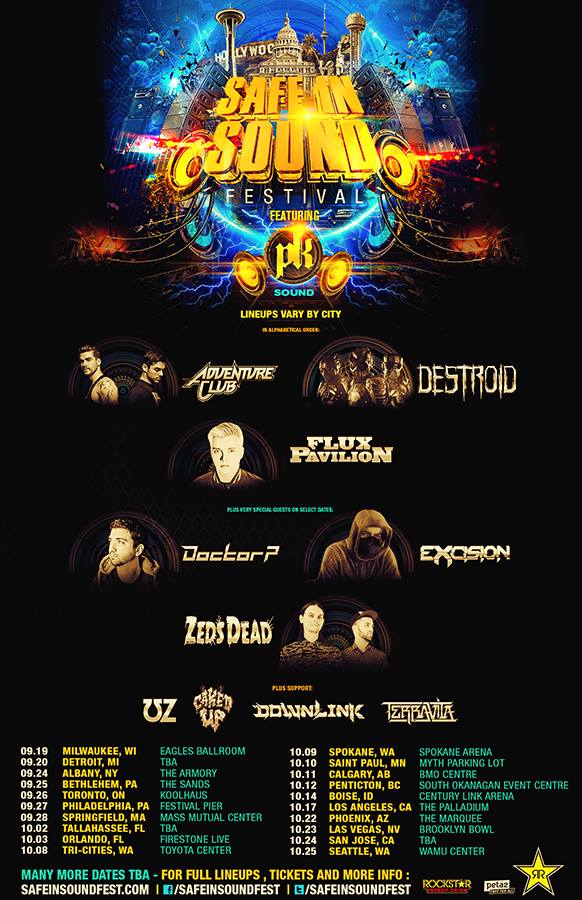 Fewer names in dubstep are bigger than Shaun Brockhurst. Along with his pals at Circus Records, of which he is a co-founder, Doctor P has been involved with some of the highest charting tracks in the genre, and helped bring the underground art to the masses. Brockhurst is participating in select dates on the Safe In Sound Festival, the giant, roving subsonic caravan of the biggest artists in the world of bass. Doctor P was kind enough to chat about the tour with us, and what's next for him career-wise.

The biggest news in bass music is the monster Safe in Sound touring festival that kicks off this month. Did you ever think in those early Circus days what you and your friends were doing would become such a towering success?

I don't think anyone really expects what they're doing to become super successful. We always just made the music we loved and the fact that so many people seem to like our music is just a really lucky thing. It’s only really sinking in now just how popular bass music has become. I’ve always been into electronic music and dance music, so it's really cool to see it become so popular.

When you're touring alongside the biggest of the big, what do you do to set your sets apart? Do you stick to your Doctor P guns (cannons, rather), or do you change up your playlists, drastically?

When it comes to DJing I’m not technically amazing; I think my biggest strength is feeling what the crowd want and playing tracks that hold everyone's attention and keep the energy going strong. I always try and throw in a few surprise tracks, which people probably aren't expecting and I try and play a mix of old and new tunes. It helps that people are usually familiar with my music, so my own tracks usually get a good reaction.

With which member of the Safe in Sound crew would you love to collaborate (that you haven't already)?

I would actually quite like to collab with ƱZ. Maybe we'll talk about it on the tour! 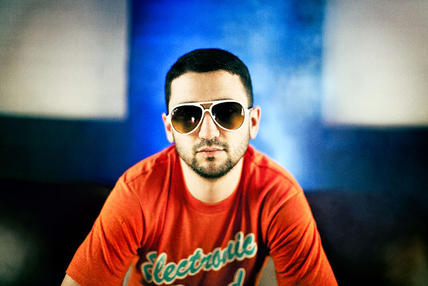 Since dubstep's infancy and the creation of your label, how have your own tastes shifted? Who are you really looking to as some of the cutting edge artists who really excite you?

I have definitely grown to appreciate house music a lot more than I used to. I always thought house was really boring, but over the last few years since house has grown in popularity I’ve definitely come to like it a lot more. I am still very much into dubstep and although people keep saying 'dubstep is dead,' I am definitely not seeing that at shows. Playing dubstep is still consistently the most fun music to DJ and gets the best crowd reactions.

How do you balance the challenges of producing music, staying on top of the improving technology, and the day-to-day demands of running a label?

It’s definitely not easy. I feel like I’ve always got a long list of things that need doing, and I’m always just trying to keep on top of everything. The most difficult thing is being creative and creating new music when there is touring and label stuff that needs doing. Somehow it seems to work though!

At this point in your career, with everything you've achieved, what goals are left for you to conquer?

I have actually achieved pretty much every goal I originally set myself, so now I think my goal is to just keep making music and performing forever. Perhaps I should set myself some new goals. As Tony Robbins says... you should always give yourself H.U.G’s... huge unobtainable goals.

If YOUR goal in life is to meet Doctor P, perhaps you should enter our contest to win a PAIR of tickets and a meet & greet with any of the artists on the Safe In Sound Festival when it rolls into Reno, NV on Oct 17th! 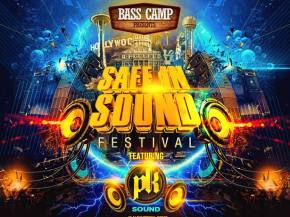