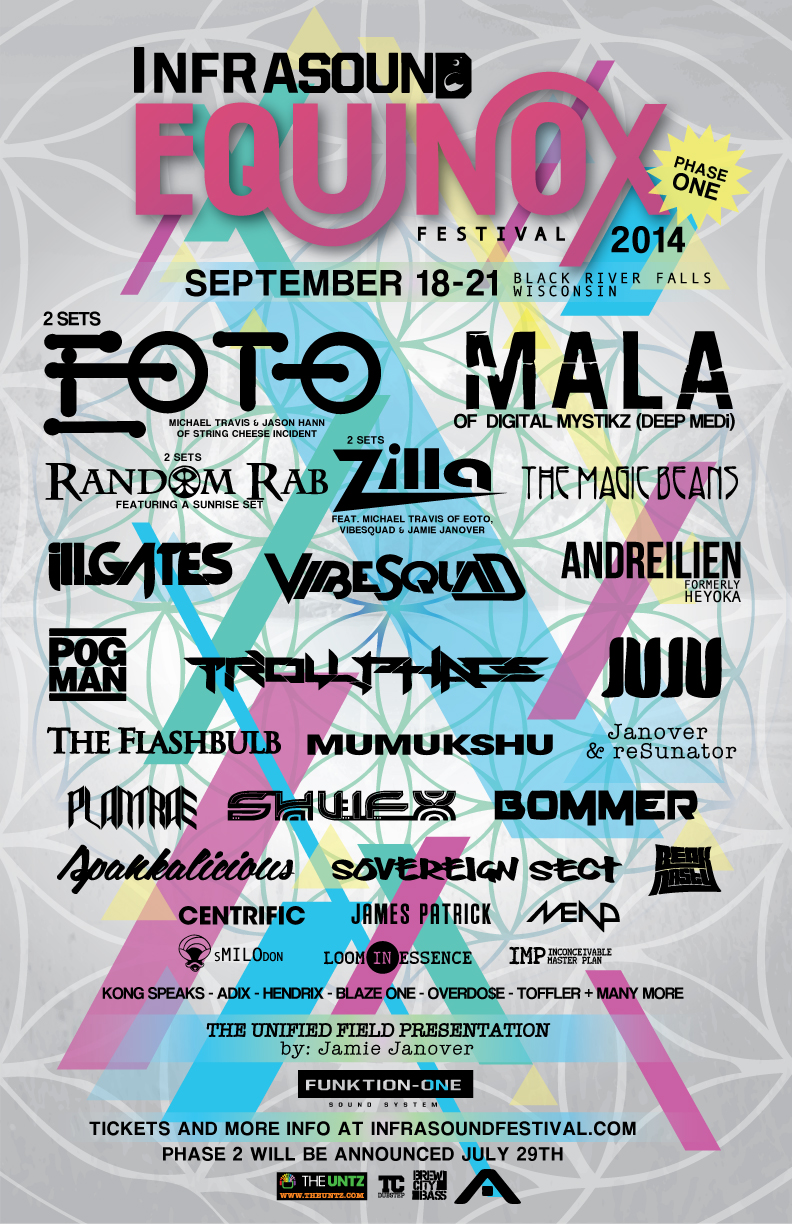 A limited number of $60 tickets were made available along with the initial lineup for the festival, taking place September 18-21 at Camp NCN in Black River Falls, WI.

Following the hugely successful early summer incarnation of Infrasound, which took place less than a month ago in the same spot, the new lineup was greeted with hungry fans.

EOTO tops the lineup with 2 sets, as well as dubstep legend (and we mean legend) Mala, of Digital Mystikz, one of the absolute pioneers of the genre, who will be doing a throwback set. Two-set performances will also be coming from Random Rab, including a vaunted sunrise set, as well as ZILLA, the project of drummer Michael Travis (EOTO, String Cheese), Aaron Holstein (VibeSquaD), and hammered dulcimer player Jamie Janover.

Also stacking the lineup are beloved acts ill.Gates, Andreilien, Trollphace, p0gman, The Magic Beans, Spankalicious, and more. The Phase 1 lineup is cutting well into the $80 ticket tier, and when those tickets are gone, we'll move directly on to Tier 2 pricing at $95 + 5.5% WI state tax.

Grab yours NOW at http://tickets.theuntz.com/.