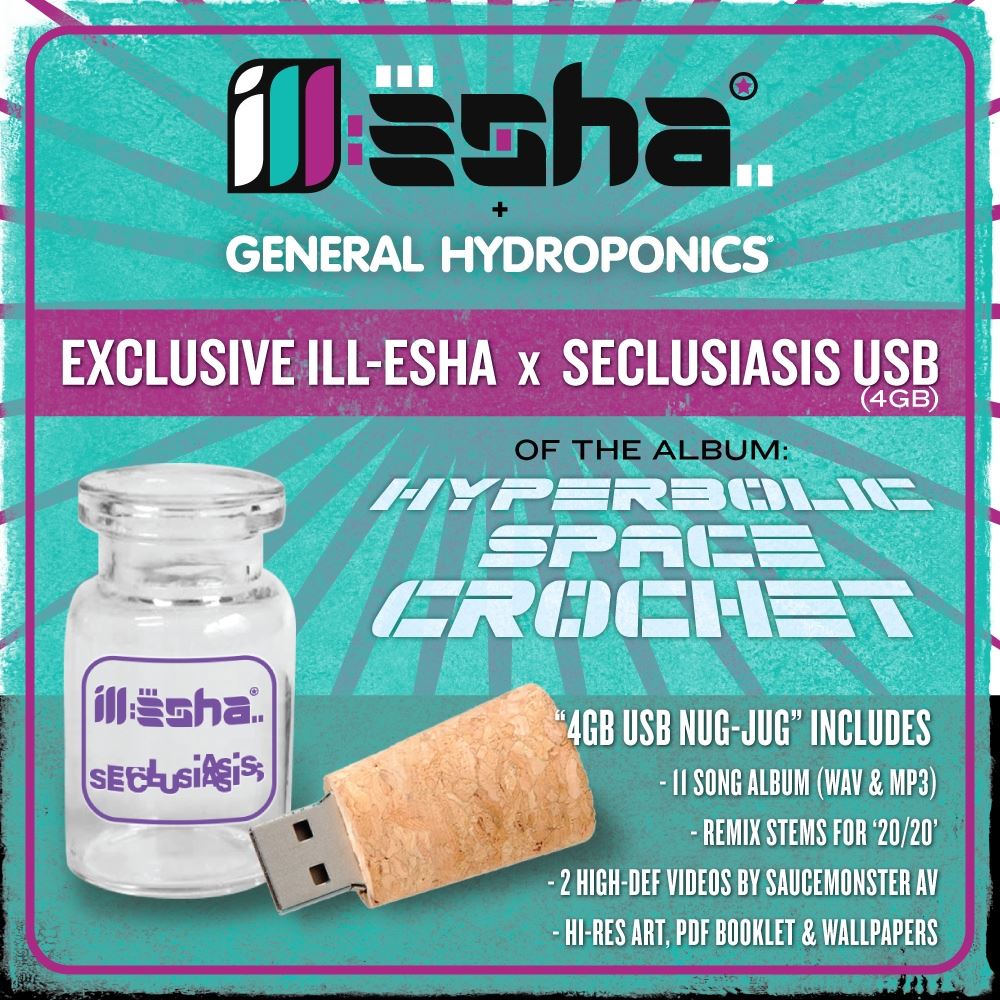 Prolific as ever, ill-esha is once again on the verge of releasing another full-length album, Hyperbolic Space Crochet, this time on Starkey and Dev79's street bass outfit Seclusiasis. While the album is chock full of the sultry, synth-driven glitchy goodness we've come to love and expect from Elysha Zaide, fans are going to flip over the ingenious marketing strategy that hits ill-esha superfans right in their lungs ... *cough, cough* ... I mean hearts.

Seclusiasis is offering fans a limited edition 4GB USB nug jar (what will they think of next), with all the cool branding you'd want, along with tons of extras like MP3 and WAV formats of the entire album, as well as high-quality stems for "20/20." We promise those will be the only stems in the nug jar if ill-esha fans have anything to say about it.

Beyond freaking over this jar, we're also geeked to premiere the opener from the album, "Climbing Jacob's Ladder." It's certainly less trippy than the movie (and the toy), focusing that hip-hop tenacity on smooth, danceable grooves. ill-esha knows exactly how to hit the right beats (pun intended) with each song, not trying to overcomplicate things like a lot of her peers. This is straight up primo R&Bass.

Get the crazy nug jar from Seclusiasis!