Year two of Identity Festival finally made its way down to San Diego on August 18th, and the SoCal EDM heads loved every second of it. The touring circus—well, some might call it that by the way everyone was dressed—made its mark last summer with its inaugural edition, so it was no surprise when news of round two started making waves across the web. While the tour is only touching down in 15 cities this time (as opposed to 20 last year) it only made each event that much more exclusive. Crowd members were telling their unique stories of extensive journeys and long car rides to reach the festival, but there was consensus among them all: it was definitely worth it.

After an hour of thunderous performances from artists like Cole Plante and Kerli, Adrian Lux stepped up to the decks, and also stepped on to the decks. The Swedish based producer quickly burst in front of the dance floor, and started unloading some tantalizing cuts for the audience. He opened things up with his compelling original tune “Weekend Heroes;” the perfect song to get a crowd of dedicated partiers on their feet, as they relinquished any stresses they may have had, and let the music take them away. Lux then jumped up by the decks, and quickly fueled the audience with energy while dropping party rockin’ bumps from artists like Swedish House Mafia, Axwell & Henrik B, A-Trak, R3hab, and Eric Prydz. Not to mention his emotive original tracks like “Teenage Crime,” “Burning,” and “Eagles,” which all had the audience in a state of continuous bliss.

Right after Le Castle Vania destroyed the dance floor with his haunting style of electro house and gave security hell by telling everyone to come down towards the pit, the DJ/producer out of Russia known as Arty (Artem Stolyarov) hopped up to the iHome main stage. He instantly gripped the crowd with his joyous style of instrumental trance, while delivering a memorable performance that will not be forgotten. His die hard fans began chanting his name as soon as he appeared from backstage, while holding up posters stating “No Arty, No Party,” which have become a staple of his live sets. Stolyarov opened things up with a slew of powerful mashups like “Trio Vs Otherside,” “Heart is King vs. Losing My Religion vs. Punk,” and “We Are Mozart’s Friends,” which took the crowds energy to a whole new level. Arty also dropped his recent remix of “Spectrum,” “Don’t You Worry Child” by Swedish House Mafia, and “How We Do” by Hardwell, which slightly made up for him having to cancel due to catching a wicked flu.

Over at the Rockstar Energy Drink Stage, Doctor P (Shaun Brockhurst), took to the decks, and gave the wild crowd their daily dose of thunderous dubstep. The European producer knows no limits when it comes to whipping up madness in the studio, and exemplifies this mentality every time he steps in front of a packed dance floor. Brockhurst got the party started by dropping “Bass Cannon,” a monstrous track that has been out for well over a year, yet still seems to make any audience lose their minds when unleashed. He than went on to ambush the crowd with a slew of momentous anthems from his own collection, including tracks like “Tetris,” “Drunk (Remix),” “Big Boss,” “Galaxies & Stars,” “Louder,” and even a brand new track to properly regale the crowd’s desire for consistent bass. Between these songs were some well-known bangers from Flux Pavilion, Knife Party, Nero, FuntCase, Skrillex, Delta Heavy, and Zeds Dead - aka all the most well known producers in today’s world of dubstep. The hot sun might have been shining hard on the cement base of the Rockstar Stage, but it didn’t hold a candle to the heat Doc P was dropping throughout his set.


After Noisia, RL Grime, and Paul van Dyk immersed Identity attendees on their respective stages, it was about time for Porter Robinson to step in front of the ever-growing crowd. The North Carolina resident’s ubiquitous PR logo flashed on to the massive LED screens before he arrived on stage, and had the entire crowd in a tumultuous uproar as they repeatedly chanted “Porter.” Robinson responded to the audience’s approval, and immediately dropped his monster hit “Say My Name,” a telling sign of things to come. Next up were some crowd-pleasing anthems from Skrillex, Knife Party, Zedd, Tiësto, Flosstradamus, Flux Pavilion, Far Too Loud, and Headhunterz - a diverse selection of tracks from genres all across the board. He also dropped some of his most well known bangers throughout his set, including “Vandalism,” “Unison,” and “100 % In the Bitch,” which had fans rockin’ out to the track’s addicting synth lines. Robinson finished things off by playing “Language” in its entirety - an emotive, tear jerking anthem with a progressive house feel, and capable of taking listeners on a nostalgic roller coaster ride throughout.

Finishing off the night was the moment everyone was waiting for: Eric Prydz. The Swedish musician is a legend when it comes to creating house music, and has been helping shape his respective scene for a long time now. The critically acclaimed producer has not been on tour in America since 2008, so it was no surprise that fans went wild when Identity announced he would be headlining the festival from start to finish. He opened things up with his powerful revamp of “Personal Jesus” by Depeche Mode, which gripped the audience and started what would be a life-changing journey. Prydz followed this up with some serious remixes of M83 and Deadmau5, while also thanking Adrian Lux for playing his tracks earlier in the day by dropping “Teenage Crime.” He than captured the crowd’s attention by releasing jaw-dropping anthems from his extensive catalog of heart-warming chunes under various monikers, including “2Night,” “Pjanoo,” and “Allein,” which had fans jumping up and down throughout. A mesmerizing way to end a remarkable night, from a legendary performer who loves to show crowds a good time.


So there you have it folks. Identity Festival came to Southern California once again, and helped create an energetic, bass filled summer day that will be relived through Youtube videos and Facebook conversations for years to come. Thank you Identity, we can’t wait till next year. 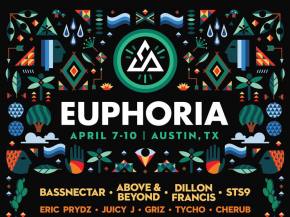