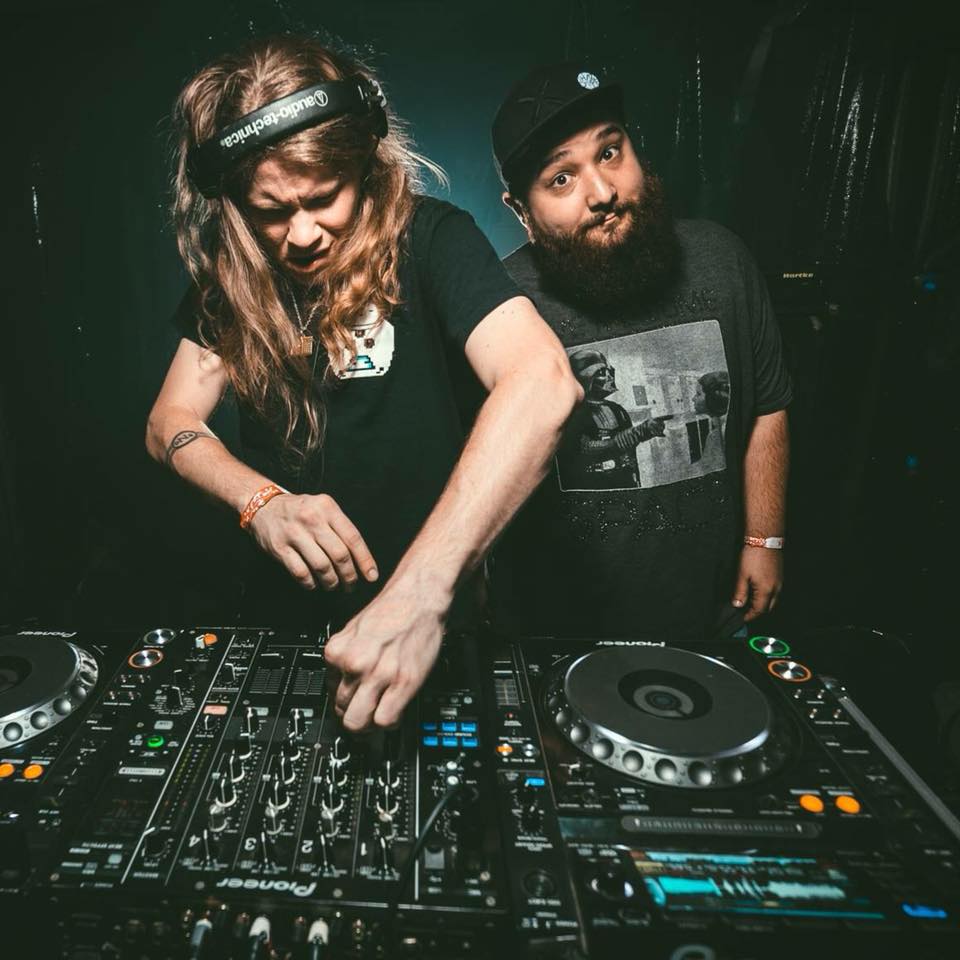 beardthug is the mad creation of two experimental scientists: Seamus Southern and Mallek Saleh. Their most recent EP, You Can't Dance To This, is a combination of dubstep and weird bass that has become a hallmark of beardthug's musical style.

The first track "Classique," sounds like a dark funhouse at a gritty carnival, remixed with heavy bass. Using old-timey melodies and instrumentals, this track mixes steampunk, dubstep, and eerie vibes that leaves you looking over your shoulder.

Whatever preconception you had about beardthug, the second track "FCKiT” challenges that and expands your mind. Starting off slow, the track gradually gains speed and then drops, the electronic random noises and chaotic, ecstatic rythms which intensify and gain momentum. The track says “FCKiT” to staying with one style; these boys are going to play what they want as loud as they want. Sorry, Mom.

The third and final track “Quick” (featuring Jellynote) is the shortest track on the EP. Uptempo and fast paced, the beat is laced with bass and synthesized sounds of impending musical mayhem. The track has big drops of a dystopian sci-fi soundscape, with electronic outbursts, altogether making a quick but worthwhile track. This track is the most “danceable” of the three, with underground warehouse rave vibe.

The genre bending duo has two previous EPs, You Won't Like This and You Won't Like This Either (The Remixes), along with various singles . Perhaps we're just contrarian, but we do like this new this EP, and YES, you can dance to this. (Clap between the beats, Fam!)

Beardthug's new EP was released by Kairos Audio, the record label founded by Dirt Monkey and Jantsen—the dubstep and heavy bass DJ/producers who have become tastemakers in the EDM community. Beardthug works with ThazDope Records, Mallabel Music, and OKNF Collective. While they come from Providence, Rhode Island, Beardthug's career on the EDM circuit has been significant. The duo has opened for Pretty Lights, Cookie Monsta, Yheti, GTA, Borgore, Yellowclaw, and Flamingosis among others.

Recently, a Beardthug track was featured in the Denon DJ’s newest MC7000 commercial. The duo just finished their run at The Backwoods Music Festival in Arkansas performing alongside STS9, Emancipator, and The Floozies. All month long beardthug will be performing select dates on the Wake The Nation tour winding its way towards The Untz Festival June 1-3 in Mariposa, California, where we will welcome our boys back with open arms.