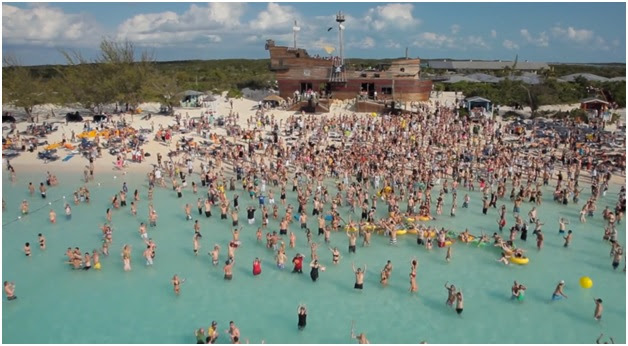 Oh, the indignities suffered from those of us left behind on the dry dock when Holy Ship! left the port in early January. The suffering, embarassment, and shame we felt, scrolling endlessly through pictures of the incredible collaborations, surprise guests, tag team sets, and the scantily clad co-eds splashing around in the surf.

Well, the salivating over lineups and regret will soon wash away, now that the annual EDM cruise has announced it is expanding to TWO cruises, January 3-6 and February 25-28, both leaving from Miami on the MSC Divina. Tickets and more info coming in early March.

Past performers have included... well... everyone, we don't need to list them. Just watch this video of GRiZ slammin' "Careless Whisper" for Skrillex. That pretty much sums up Holy Ship for ya.