When most people think of the term “Hashtag,” they envision a pound symbol placed in front of a statement that simply can’t be said without it. Like posting a picture of your crew and letting everyone know that it’s #letsgetweirdwednesday. Alright, we get the point--you’re much cooler than us. But there’s a new sheriff in town who’s got us thinking very differently about the phrase Hashtag.

The London based D&B duo have spent a long time fine-tuning their respective sounds, and are now working together to create blissful melodies. Their debut release dropped during the summer, but Hashtag is back for more with two unforgettable gems.

Opening up the duo’s sophomore effort is “Shit Bangs,” which effortlessly combines rampant trap tones with infectious drum patterns. The two opposing forces gracefully mesh together, creating a thunderous banger that vigorously pummels through your speakers. Not to mention full-throttle vocal samples from Nicki Minaj, simply adding the track’s unique and playful composition.

“Language Barrier” is an arpeggio heavy anthem that pumps non-stop emotion into your bloodstream. The track’s ominous synths create a sense of peace as they kick in, while effortlessly conjoining with jaw dropping drum patterns. Undulating passion is present from start to finish, and pressing repeat is the next logical step.

Hashtag holds nothing back on “Shit Bangs/Language Barrier,” proving their veteran styles are still very much relevant. To read more about the duo and how they joined forces, check out the interview we did with them below.


Thanks for doing an interview with us you guys. Where did the name Hashtag come from? Any special meaning, or is it simply for comedic purposes?

We were looking for a current name. KG said what about Hashtag Audio? Instantly we both said HASHTAG! Perfect name right now, and it’s a word that’s on everyone’s lips. The only downside is when we are listening to Radio One, every time we heard “Hashtag” we instantly think it’s about us lol.

What inspired you combine trap and D&B on “Shit Bangs,” and are there any trap artists you two are really digging lately?

We made “Shit Bangs” without even knowing what Trap music was. We were designing new sounds and “Shit Bangs” was a result of experimenting.

Also on the subject of “Shit Bangs,” what lead you to throw Nicki Minaj’s vocals over the track? Are you fans of her music, or did you just feel it went well with the song?

Haha well credit really goes to Erb N Dubs girlfriend. She was running him to our studio playing Nicki Minaj’s album in her car. He heard the hook “Shit Bangs” and instantly ejected the CD and took it with him straight into the studio. We started work on the song that day.

You’re out on the town. What’s your beverage of choice?

Well, gone are the days (Touch Wood) of the Vodka induced frenzies! We would have to say tea & water. Sad ay! What’s the most exciting venue or festival you’ve played, and where do you salivate over performing at? We love playing Full Stop! Sometimes a huge crowd is not as up close and personal as a smaller gig. We would have to mention more of our favorite countries to play, which are Belgium, Portugal, Prague, Canada, Italy, and of course the UK. In fact, every country has been and is amazing!

You two have been around the world of D&B for a wile now, but what let you to join forces?

Well, we have been friends since the school days. When we started making music, we had some healthy rivalry going on. After a few years, we had both setup solo labels and did a lot of behind the scenes work. KG spent a few years breaking artists like Netsky and Fred V & Grafix, while Erb N Dub worked closely on a lot of music videos with Navigator & Tony Anthem. We started chatting and agreed it was about time we concentrated on making music again. We finally put aside our competitive differences and moved into the same studio together. What a difference it has made, as we have completely different skills! One can be designing new synth sounds while the other can be designing drums. This has increased are work rate and flow massively!

Describe the creative process for your new release?

Any different from the Hurt and Pain EP? We are always pushing for new sounds, and are not just a one trick pony. We make music we feel, that way you never know where it’ll end up. We try to make every release a little different from the last, making it more interesting for the DJ or listener.

You’re stranded on a desert island with three albums, what would they be?

If you could go on a date with any model or actor, who would it be?

You two are from London, but if you could have voted for Obama or Romney, who would you have chosen?

We do not know any thing about American politics, but if we had to pick we’d choose Obama. He has a more genuine looking face lol.

Thanks to Drumsound & Bassline Smith and Technique Recordings, we’re in the position we’ve always wanted to be. The future is to consistently produce music that improves on each release. Plus we have started DJing together using four decks and two mixers, demonstrating our turntablist skills. There’s not many DNB DJs that can scratch and drum, so we’re bringing this asset to our live sets. Oh yeah, “Shit Bangs” and “Language Barrier” are out now on Technique Recordings!!!!!!!!!! 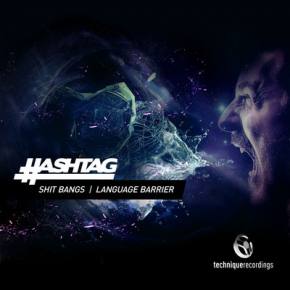 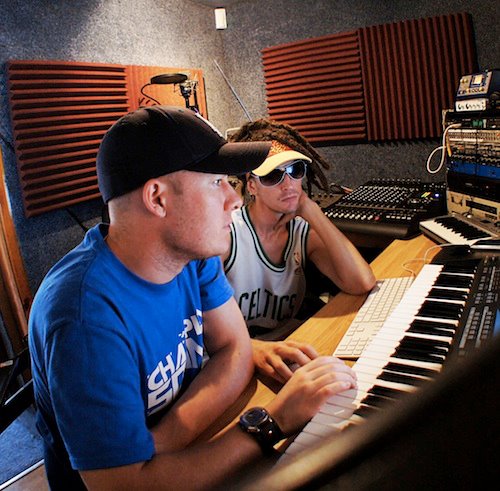