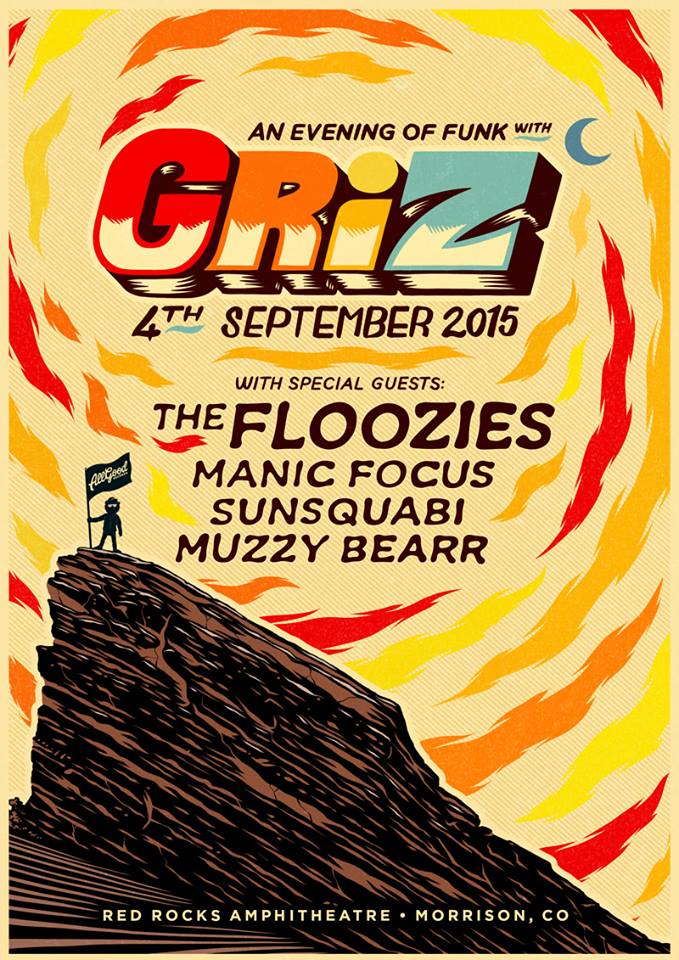 It's a family affair.

GRiZ will headline the epic Red Rocks Amphitheatre in Morrison, CO on September 4, 2015 alongside his All Good Records family.

Joining Grant Kwiecinski atop the mountain are The Floozies, Manic Focus, SunSquabi, and his longtime guitarist and producer Muzzy Bearr. Each of these acts has played Red Rocks before, including SunSquabi, notably, whose first official show was on that big stage.

Special production, planning, and surprises are sure to be part of the blowout event, which marks the first time GRiZ will be headlining the legendary venue. The producer and saxophonist has made many appearances at Red Rocks with other artists, most notably Gramatik as part of a special Grizmatik, set, but this markets the first time he stands astride the lineup on his own.

If you need a refresher course in all things GRiZ, don't forget to check out our list of his Top 10 Songs, and make sure you grab your tickets now for this extra special event. We don't anticipate they'll last long.