An unparalleled work ethic, from releasing music to traveling and performing day in and day out, is one of the many keys to the success GRiZ has found in recent years. For his newest release, he delves back into his roots of sampling, combined of course with the use of his saxophone, to make something fresh and original out of the seemingly ordinary.

As described by the soulful mastermind that is GRiZ—Grant Kwiecinski himself—Chasing the Golden Hour Vol. 1 is about establishing a very specific, very familiar mood:

“I wanted to recreate the carefree good vibes you feel when it’s just about sunset on the perfect summer evening and everything is the most beautiful shimmering tint of gold. Chasing The Golden Hour is that magical moment, it is the cool breeze against your back, it is sweet summer swagger in music form.”

The album’s intro, a tastefully crafted jam featuring multi-instrumentalist Russ Liquid of Lowtemp, is smooth in all the right places and is ensured to grab your attention from the start. 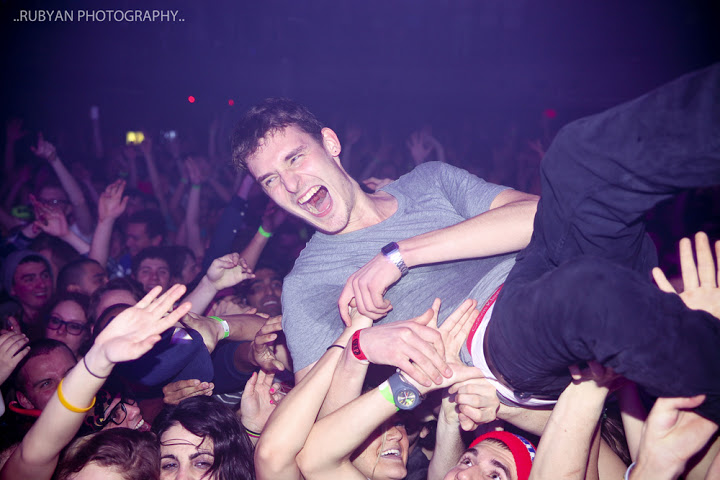 A couple of months back we were given “Summer ’97,” featuring All Good Record’s own Muzzy Bearr, that showed us a glimpse of the more laid-back style found in the new release. Just a week ago, the second single “Feelin’ High” was also unveiled, which includes bone-chilling trumpet layers by Lettuce and Soulive’s Eric “Benny” Bloom. This colorful track glides between sexy sax riffs and jazzy undertones reminiscent of a nostalgia that can’t quite be described in words.

One of the unique aspects of the album is the clever and strategic use of movie quotes. “Sexier than Austin Powers,” for example, uses some famous one-liners from the films, including the famous question posed by Austin: “Do I make you Randy, baby?”

The mixtape was dropped just in time for tonight's sold out Red Rocks show in Morrison, CO with all the All Good Records family. We'll all be up there in time for the golden hour...