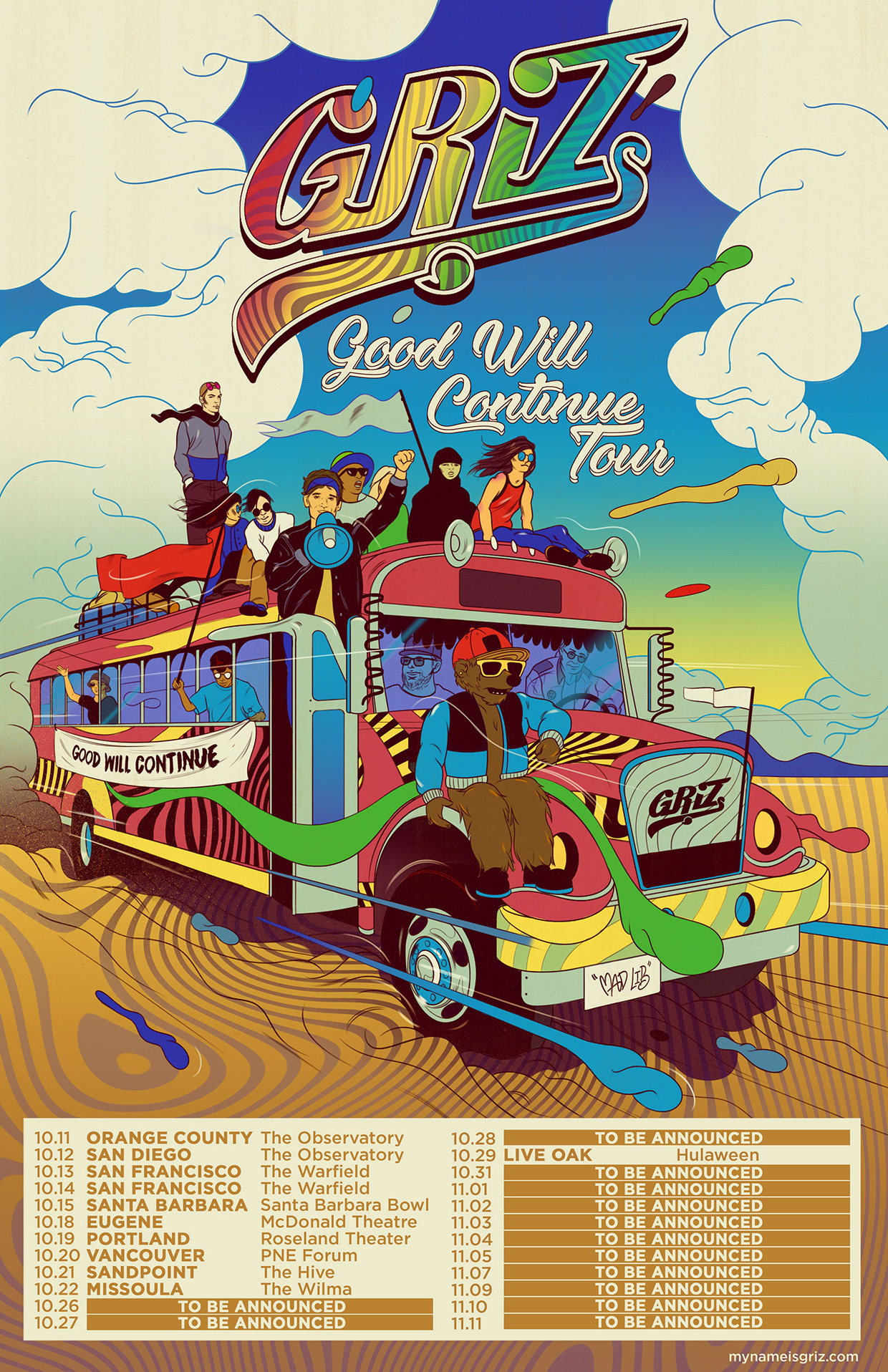 What would you expect from a 27-year-old-sax playing songwriting DJ producer who dropped out of college to share his talent with the world?

A whole lotta melody, danceability, and musical mileage, not to mention a high party quotient!

Grant Kwiecinski aka GRiZ from Michigan is a future funk, electro-soul maverick,who has played at festivals such as Summer Camp, Electric Zoo, Electric Forest, TomorrowWorld, Decadence, Lollapalooza and Shambhala, and created the label All Good Records that “reps old school motown soul, future funk, new disco, cutting edge electronica, and anything on the forefront of new sound.”

GRiZ first became popular with the release of his free debut album, End of the World Party, in 2011 and with the release, he ended up supporting bigger artists such as Bassnectar, Pretty Lights, Gramatik, and Big Gigantic on their respective tours, eventually leading to his own headlining tour. Following such success, GRiZ released four more albums: Mad Liberation in 2012 (his real breakout), Rebel Era in 2013, Say It Loud in 2015, and last year's Good Will Prevail.

This guy’s sound is the equivalent of a musical joyride in a time machine, and this remix album of his 2016 ‘extravaganza electronica'effort is a tribute featuring remixes by the likes of OPIUO and Tommy Trash among others.

Consistent, catchy, and astute, with a tumult of effective buildup/drops, leads, vocal verses and interludes, and “a whole lotta love” (the fans live by the mantra that GRiZ popularized: Show Love, Spread Love), his taste goes something like this: 80s soul, 90s hip-hop, 2000s pop n house with the current decade’s electronic oomph, his music promises a fun time. You need to hear it to believe it! 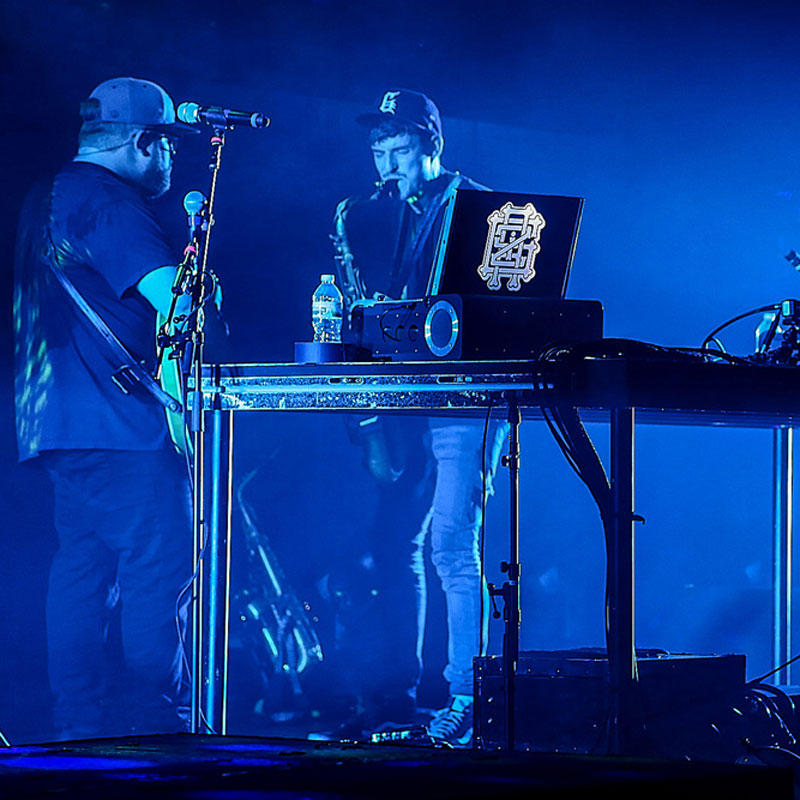 Gripping right from bar one, the compilation starts off with the aptly named banger “Wicked” remixed by the notorious Dirty Audio whose salient sections would definitely be the solid beats, an irrestible sax hook and inspiring lyrics.

The tracklisting is quite self explanatory and self expressive with the wonky remix of “Can't Hold Me Down” by Boogie T coming in next. The,glitchy beats, anthemic chorus chants transitioning into a crunky drop. His clear influences: The Meters and probably Earth, Wind and Fire, can be interpreted.

For Dusty Bits, the siren goes off, dance dance, with no loss of momentum, confirmation that the (party) train has left the station. Jenaux, Ephwurd, and Rowland Evans continue the disco momentum.

A reliable mix of “PS GFY” from OPIUO gives us those glitchy vocal cuts! It'ss got that fine Gramatik vibe, a glitch-hop feel, and dat horn section! Saw waves galore, unmissable unabashed horns, replicating a crazy sonic circus. The icing on the cake is a hard hitting triplet section! IHF and Tisoki produce wildly different takes, and then Son Little brings it on home courtesy of Biocratic vibes.

May the good music continue! Catch the big tour this fall.