Singer, songwriter and now EDM producer AzR, has released a new dubstep remix of “Genesis” by Canadian electronic musician Grimes. The original track, a vocal driven composition, is an abstract and melodic arrangement with elements of electronic subtleties. Conversely, AzR has transformed the piece into a complex assembly of saw leads and effervescent high noted accents that maintain the song’s initial motif. Grimes fans, and most Montreal residents, will immediately recognize the track and would agree the remix does justice and even breathes new life into “Genesis.”

AzR’s interpretation commences with the same vocal hook, heard in the chorus of the original, and subsequently drops a healthy array of highs and lows commonly heard within the dubstep genre. The remix provides listeners with a more distinct version of the track, due to the original preserving a melodic and transcendental approach. With “Genesis” recognized as one of the top Canadian tracks of 2012, AzR chose wisely in his selection to makeover the hit. Not only is the EDM culture booming all over Canada, but also “Genesis” is the type of song that begs to be remixed. It was just a matter of time and who would get there first. But this one is our favorite. 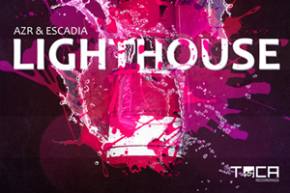 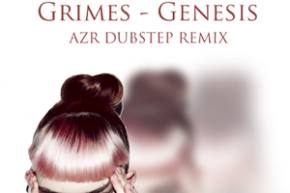