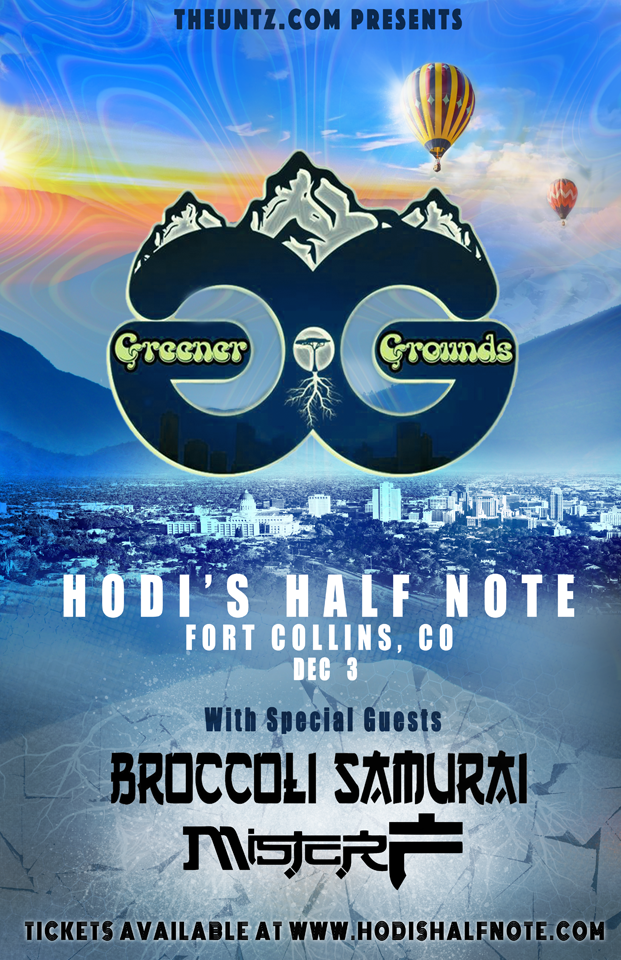 This December, we play hosts for Greener Grounds in the band's home state, once again. This time, however, it will be bittersweet as TheUntz.com will help fans bid goodbye to keyboard player Roland Hansen.

Joining friends and family from around the state, the December 3rd show at Hodi's Half Note in Fort Collins, Colorado will be final performance of Hansen with the upstart jamtronica outfit. He heads to Haiti in order to help people in the developing nation, and he'll be taking his ivory-tickin' skills with him. Greener Grounds plans to find a replacement for Hansen, but he'll always have a special place in our hearts. And he'll be missed by fellow members Joe Shur, AJ Gillman, and Jay Rieder.

The four-piece based in Denver, Colorado has been gaining ground (no pun intended) over the past few months, showing up on a number of festival dates around the country, including most recently at Resonance in Ohio. Touring ceaselessly, the band has become a livetronica act on the rise, with a lot of potential still to be fulfilled. The band made its California festival debut at The Untz Festival this past June.

The Hodi's show will feature fellow jam acts Broccoli Samurai and Mister F, and is sure to be a hoot. Today, Greener Grounds also launched its GoFundMe effort to mitigate the costs of touring in a van. Donate what you can to keep these guys on the road, and grab your tickets for this Fort Collins to celebrate one more time with Hansen.