If you want to find the secrets of the universe, think in terms of energy, frequency, and vibration. – Nikola Tesla.

If you know Gramatik and have a little background info about the Slovenian super-producer, then you know famed Serbian Nikola Tesla is his biggest inspiration. Denis Jasarevic just released his latest album, The Age of Reason, which generates nothing less than an electrical surge of good vibrations to the soul through its and frequencies quality production and beat-scuplting. This album is one big super funky sexy filled Tesla Coil spiraling around the blending circuits of funkified guitars stabs, intricately thumping hip-hop drums, and orgasmic 80’s style synths. It journeys through electro soul-fields of fresh vinyl samples, and jolting the ears with some high-voltage bass modulations that would make even the oldest paraplegic jump up and boogie down like it was Studio 54. If there is anything cooler than "ice cold," it has to be Gramtik and his Lowtemp label’s new release. 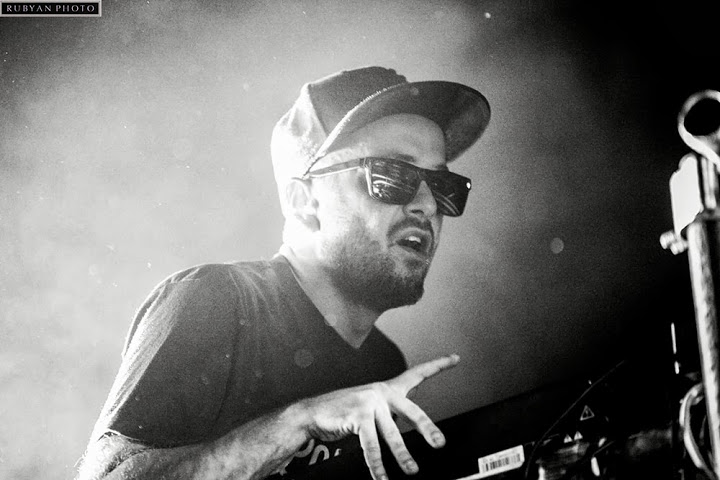 Opener “Brave Men” featuring Esokbars, electrifies goosebumps into action. The intro alone should have pulsating effects to the heart and nervous system, which is followed up with Eric Mendelson’s (Gramatik’s guitarist) gyrating guitar skills and some epically Pink Floydian sax riffs building up to one the album’s nastiest drops. His drum array throughout the song and album is like watching a 14 year old gaming protégé solve a Rubik's cube while smoking a spliff. It’s strategically lined up in intricate surges, striking your ears like lightning, yet so easy and simple that you forget that it’s a song, and get lost in the rotation of the album.

“Torture” follows perfectly because it radiates from the build up of the previous intro track and aggressively grabs your attention through it’s guitar lick, pounding kicks and snares, and twanging sample that could be an anthem for any Jason Statham blockbuster. Gramatik really uses the beginning of the album to get your head and body nodding with his signature hip-hop banger foundation and keeps the listener guessing where he’s going to go with the dubstep, if at all, on each track like a trip back to No Shortcuts (previous Gramatik release that is beyond certified classic).

Around track 5 Gramatik starts demonstrating how he’s grown over the last two years. That’s incorporating and laying down the fresh funk. There are multiple songs where his Lowtemp group Exmag is featured, “We Used to Dream," and "Obviously.” Exmag has grown exponentially in a short span of time--they came to bring the sexy back to the dance floor. The tracks on the album that feature Exmag give listeners that George Clinton/Parliament feel with a nice beat to release the sophisticated filthiness in their body’s expression as the funk explodes through soundwaves. Add Cherub to the mix on the track “Obviously” and you can bet every ear in the crowd will be frozen with an O face by the time that song’s over. You can thank Cherub later in a decade when your kids ask you where they came from. Denis' good friend Gibbz jumps on a few songs to lay some seducing vocals to persuade the shyest booty to the club room.

The album even has a track that builds to an almost a house like beat with “Pardon my French.” Gramatik has a house album out there in his huge free discography that’s free on most torrent websites and soundcloud. There's even a "Just Jammin NYC" that takes you back to his Street Bangerz Volume 2, but twisted with a strong current of Exmag, the funk and soul electrify the brain with pure pleasure. The entire flow of the album serenades from song to song properly,  and TAOR leaves no stone unturned when it comes to instrumentation and display of production skills. Gramatik has truly stepped out of his secure role as Pretty Lights Music’s front runner to Derek Vincent Smith, to his own epic supernova in the electronic music’s galaxy of artists and groups.

Gramatik will be selling out Red Rocks later this year, and I can promise you that this show is going to be one of the most massive super-sexy-funkalious concerts that Morrison, Colo. has ever seen or heard. Gramatik and Lowtemp dropped an ice cold banger with The Age of Reason and every fan of hip-hop needs to have this generating some super magnetic vibes in their systems. Seriously, if you need your chakra’s realigned, and really want to get back to that feel good creative energy do yourself a favor. TAOR.