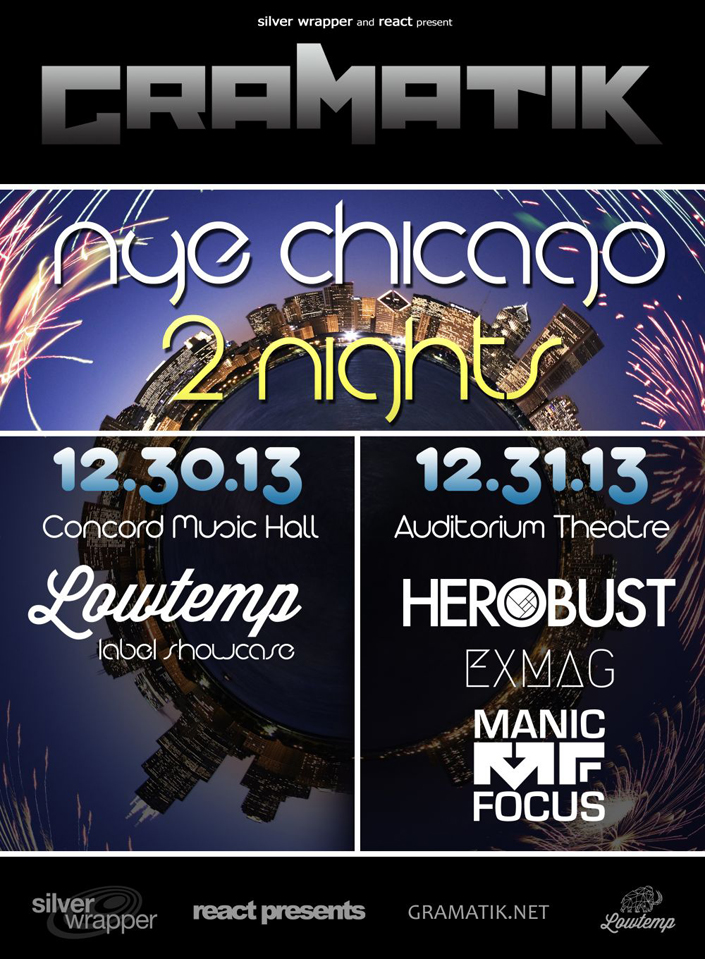 After two big festival performances in Chicago for Spring Awakening and North Coast Music Festival, fans were predicting Denis Jasarevic would return to the Windy City to close out the year. They were right.

Gramatik will play an intimate show at the newly opened Concord Music Hall with his Lowtemp labelmates on Dec 30th before heading to Auditorium Theatre for his big New Year's Eve performance with HeRobust, ExMag, and Manic Focus. Tickets go on-sale Saturday at noon, but there will be a special fan club presale beginning tomorrow morning at gramatik.net.