As Untz Challenge IV winner, and total SoCal heartthrob, GKEN-E wraps up his awarded festival tour, he takes the time to deliver a little souveneir from the season; an album titled Infinite Gratitide. Kenneth Galbraith would have had very little time to work on this production, since the challenge winner was originally crowned with a ten major festival time slots, but through an expression of radical gifting he gave seven of those slots to peers in competition, Beat Machine.

The sound of this album is nothing short of heavenly and uplifting in attitude; a flawless reproduction of positive affirmation as sound. The introduction brings us in with a line of solo, ballad piano, setting the foundation for a sentimental atmosphere. Lighthearted, simple percussion with breaks into the scene, making way for uncommonly melodic oscillations backed by a light spread of celestial ahh's. This young producer's prose soon comes into play on "Transmute," offering us words of advice full and personal experience on harnessing and using the powers of positive energy, and with that launches us into a to a floating discotheque in the sky.

Flavors of tribal instrumentation peek in throughout the album; plinkity thumb pianos combined with talking drums and a-go-go bells, add a cheeky human element. "I Am Capable" is a perfect example of this musician's omnipresent  playfulness, as sprightly melodic flute shares the foreground with a silly detuned wobble. We also get a taste of philharmonic sprinkled in, most captivatingly present in "Synchronicity,"  where open chords built on fifths and octaves transmit resonant harmonies full of righteous consonance.

In a previously delivered Q&A v-log for the Do Lab, Kenneth Galbraith, through bursts of giggles, revealed that although his heart lies with ambient music, he would be willing to push the tempo for crowds on the floor this summer. Gooey and heartwarming, here now is a nine track dance-er-riffic, downtempo album is available now for free download, that is sure to leave you smiling. 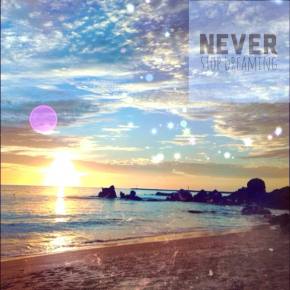 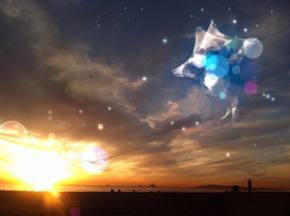 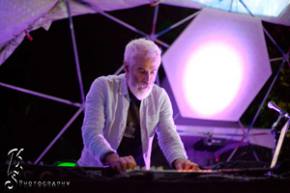 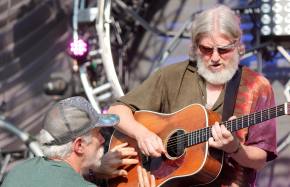