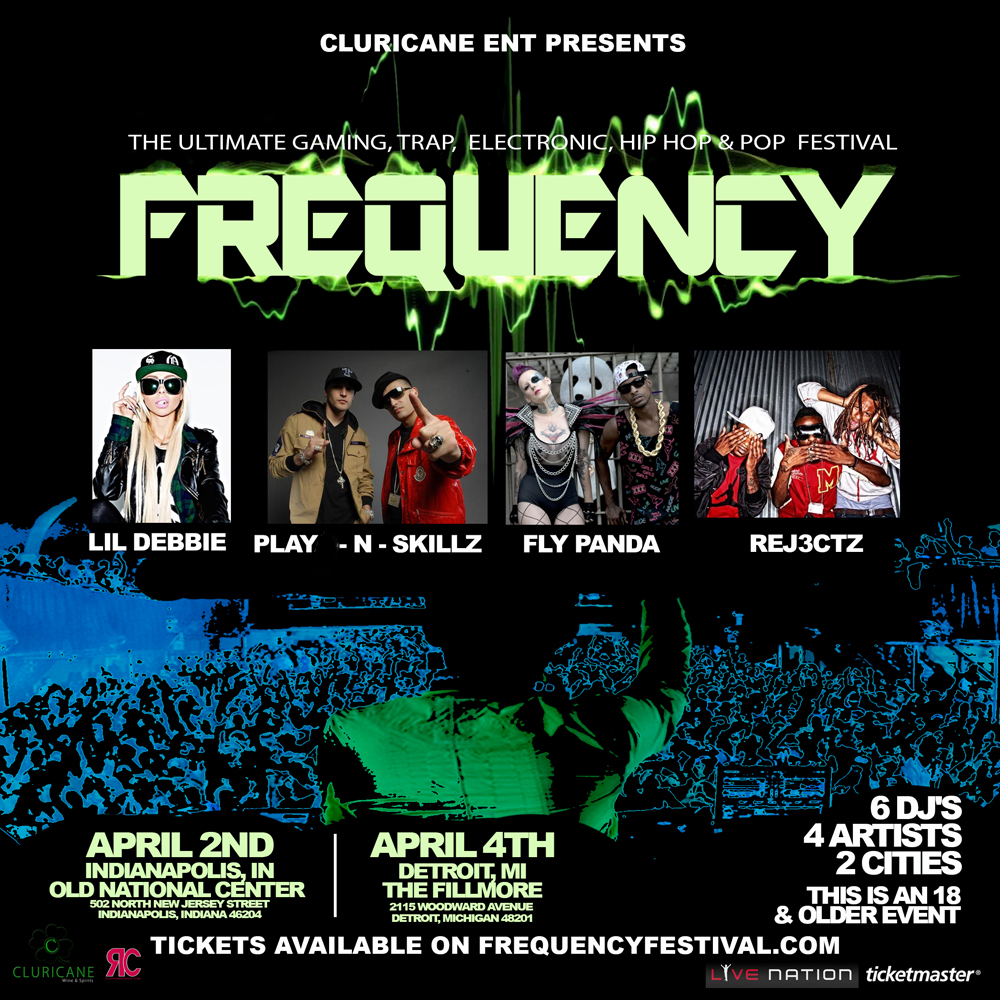 Cluricane Entertainment's Frequency Festival is bringing heavy-hitters to Indianapolis, IN and Detroit, MI on April 2 and 4. Renowned provocateur Lil Debbie will hit Old National Centre in Indy and Detroit's Fillmore, alongside Grammy-Award-winning Play-N-Skillz as 10 DJ's and artists descend on the two midwest towns for 2 nights next month. Also joining the bill are Fly Panda, REJ3CTZ, and The Dub Knight, among others. This Spring Break event functions as a blowout gaming, trap, hip-hop, and pop festival all on two crazy nights.

Get your tickets at Ticketmaster, or find out all the info at frequencyfestival.com.