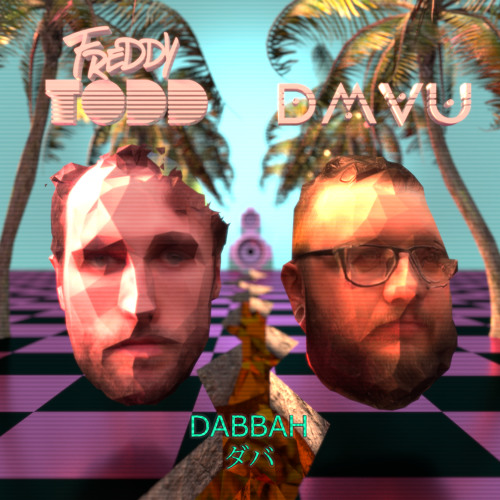 Get ready to be transported through a wormhole of sound with “DABBAH,” the most recent collaboration from the long-standing and sonically versatile Freddy Todd, and talented Denver-based producer DMVU.

Described as “a collaborative colloquial sinkhole” where Fred Todd IV and Matthew Philpott-Jones shoot into depths of depravity, this track lives up to that statement, catapulting your eardrums from the intense spiraling buildup of the intro to the in-your-face trap, dub and glitch-bass world of “DABBAH.”

About halfway through, the tone abruptly shifts into a downtempo synth-type melody for several seconds before transforming once again into the trap and dub breakbeat bass music which defines the entire song. The use of vocal samples in “DABBAH” is minimal but effective, and is the puzzle piece that ultimately completes this track.

As a whole, “DABBAH” simulates the experience of traveling through a cosmic tunnel of sound at the speed of light surrounded by constant and unrelenting waves of audiovisual stimuli infiltrating your psyche.

Freddy Todd and DMVU conclude the track with a reemergence of the downtempo instrumental melody that first appears in the middle of “DABBAH,” providing a breather and gradually descending the listener from the auditory roller coaster ride this collaboration ultimately provides.

Catch Freddy Todd and DMVU in Atlanta, Georgia over December 30-31 at Warped Horizon, where they will be performing B2B sets with Esseks and PROKO, respectively.