Denver’s funky foursome Gravity is back with their second EP Fire Sermon.  The quartet melds trance and techno with more contemporary forays into breaks and dubstep—all with organic instrumentation and straight-ahead rock vibe.  Fire Sermon features five cuts, all branching out into different areas of electronica with masterful technicality and lush sonic soundscapes.

Tracks like Breakin’ Bones and Snowblower open with break and trip-hop samples, but introduce the predominant elements of rock almost instantly, replete with big chords and soaring distortion, while maintaining ties to the electronic world with gurgling computerized synth sounds.  Gravity careens from genre to genre, playing with several disparate styles at once, although tracks like Island in the Sky and Deep Space Disco feature more trance-jam elements with a dash of rock guitar mastery à la Particle.

Formed in 2008, Gravity features Brian Cornell on keyboards, Moe Velez on bass, and Tynan Olsen behind the kit.  Mark Cooley handles the guitar work, along with all the laptop duties; vocal samples, effect triggers, and all that wobble.  I have to imagine all the members, who are technically proficient in all their respective roles, came from a variety of background—including rock, jazz, and jam—got turned on by the wave of livetronica acts in the Boulder-Denver-Ft. Collins area, and decided to apply their live instrumentation and techniques to the world of EDM.

While most bands are hesitant to categorize their sound for fear of being pigeonholed as a one-trick pony, Gravity’s reluctance to put a label on their music stems from an actual inability to classify it.  Is it rock, is it electronica, is it trance or trip-hop or dubstep?  It’s fun, funky, and fresh—and that’s all you need to know.

You can download the entire album for free at www.gravityfunk.com.

Here is a preview one of the tracks: 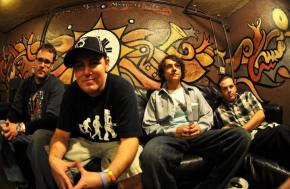 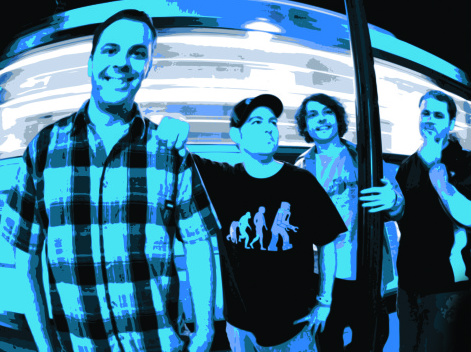