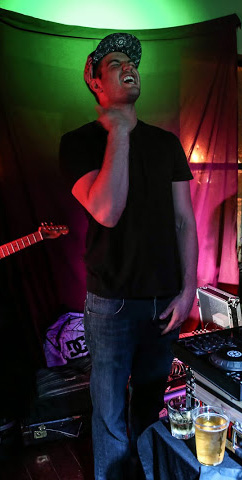 Troy Probst just keeps rockin' and rollin'. With much-anticipated performances at 515 Alive in Des Moines, Electric Zoo in New York City, and Backwoods Festival in Stroud, OK on the horizon for this summer, Filibusta today slips in his take on Odesza's mega-hit "White Lies." Thanks to a remix contest, the Seattle duo's stems were floating around the internet, and Probst saw his opportunity to put his sonic thumbprint on the smash single.

Fueling the original with plenty of bass blasts, the remix adds power and energy to the mostly chill source material. With a great selection of vocal tracks and little Odesza signature sounds that only they could concoct, the reworking still honors what originally lured us into the cut, but brings that Filibusta intensity that we all know and love.

This Friday, July 17, Filibusta hits the Steamtown Stage at Camp Bisco at Montage Mountain in Scranton, PA, and fans are absolutely thrilled. Tickets are still on-sale now, so if you haven't gotten on board, yet, there's still time to hit this massive event making its return to the big time with acts like Bassnectar, Pretty Lights, Big Gigantic, and, of course, host band The Disco Biscuits.