“I’ve had a number of my own songs licensed and used by various games. However, I’ve never had the opportunity to produce music especially for one. Then I met the guys from Virtual Fairground who showed me a demo of Pulse and got very excited.”, says Ferry Corsten. “Pulse is a a unique way of playing with musical elements in a game environment. I am excited to have been a part of the development and production of this game. It’s a great way for a wide audience to get a sense of what it feels like to be a DJ in a creative way.”

“We are delighted that Ferry wanted to co-produce this game with us”, says Maarten Brands of Virtual Fairground. “We believe we have been able to create something fantastic together”.

Ferry Corsten is a worldwide dance phenomenon. Since his emerge on the scene in the late 1990’s, he has amassed best-selling albums, numerous gold singles and countless awards such as ‘Best Producer of the Year’ (Ericsson Music Awards) and ‘Best Trance DJ’ (Ibiza DJ Awards). He has been consistently voted as one of the Top 10 DJs in the world for almost a decade by the authorative DJ Magazine.

“Music and rhythm action games are always hard to describe in words or to communicate with images, but we are creating something really cool, perfectly tailored to each platform”, continues Brands. “We expect to be able to demo the game to the press at the Game Developers Conference in San Francisco. Pulse really is something you need to experience.” 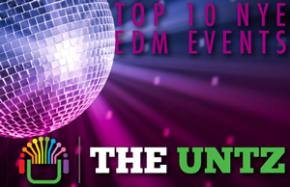