I recently chatted with Smooth and discussed his past and upcoming projects. The Slovenian drum ‘n’ bass phenom gave me the lowdown on his new single, details regarding his upcoming album, and shed some insight on the place he calls home. His debut album entitled Leap of Faith is set for release in early 2014, and the anticipation continues to kill us. Check out the interview and let us know what you thought about his latest original and remixed tracks!

Lovin’ the new tracks, mate. We can’t get enough. Can you give us some background on “The Sky’s Gonna Break” and “Fornax,” along with the inspiration behind them?

Thanks! Yeah the idea behind Sky was to make something deep, melodic and emotional and I wanted to make it sort of have an old school feel with a modern sound. And saying that, Shaz Sparks was my first and only choice. We worked together once before and I knew she would do an awesome job on Sky. And on top of that it was also about showing versatility in my production. And there’s a lot of versatility to come on my album Leap of Faith which will be out on Viper Recordings early next year (hopefully). “Fornax” is basically an unofficial sequel to “Virgo Cluster” from my first album single. It’s an all-out dancefloor banger with a deep space feel to it. I wanted to call it “Fornax Cluster” actually, but it would be a bit too close to “Virgo Cluster”. So I avoided that by just calling it “Fornax”.

Always good to hear you working with Shaz Sparks. What do you enjoy most about collaborating with such a talented vocalist?

Simply because I love what she does and she always delivers. She has really deep lyrics and incredible melodies and on top of that a really catchy vocal. Without her Sky would not be so “Smooth”. I worked with her on “Shifting Sands” for my Blinded by the Light EP and I also did a remix of “Red Sky,” a track she did with John B, so with my past experiences with her it was really easy to decide she needed to be on my record.

We’ve been hearing a lot of talk regarding your debut album. How is the LP coming along, and are there any cutting edge details you can share with us regarding the tracklist? Names? Collaborations? Release Date?

Yeah the LP is coming along nice and smooth. I am already working on the third and final album single before the full album drops. At the moment I couldn’t really give out a lot of details on the album itself since it is still in the developing stages and anything I say now might change tomorrow. But there’s definitely going to be a lot of styles on it. Even though it’s going to be more or less a Drum & bass album it will also feature some other genres like house, electro etc. There is one collaboration that I would like to mention though; one I did with Futurebound the head honcho of Viper Recordings. Big piano vibes on that one! 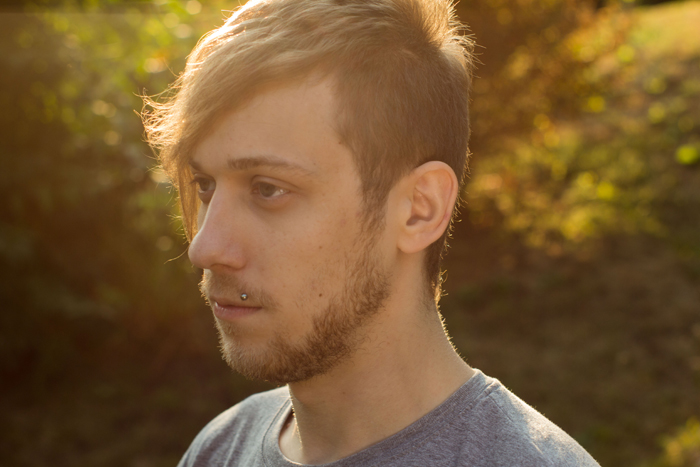 2013 has also been a big year for you in the remix department. How different is your approach towards a remix as opposed to an original song? Were there any remixes you put out recently that stand out as personal favorites?

When it comes to remixes the thing I love the most is, you need to sort of bend the sounds of the original in your own way and that’s the best part of it. And that is also what makes it different to making my own tunes. You already have a tune there; you just have to make it sound, in my case, “smooth”. And especially if you love the original then it’s much easier to make a remix of it. When I do remixes I always try to keep the flow of the original and use the original parts of the track as much as possible. From my latest remixes I would definitely like to mention the one I did for Dirtyphonics,“No Stopping Us” feat. Foreign Beggars, which was released on Dim Mak about a month ago. Really enjoyed making it and loved the original so it was a perfect remix to make.

Well the one I’m going to mention right now is the LP from Sub Focus Torus blew my mind. Nick is definitely one of the guys who defines what a drum ‘n’ bass tune should sound like. Or any other genre track he makes for that matter. There’s no denying that. His mixdowns are always top notch and the leads are unbelievably catchy. Definitely one of the best producers out there. Outside electronic music, hmmm that’s a hard one actually. It’s been quite a while since I was searching for new released non electronic music. So I won’t talk about this year’s albums but I will mention some of my favorite LPs from a couple years ago. I love AFI – Sing the Sorrow, System of a Down – Toxicity and Korn – Follow the Leader LPs. The music that also defines who I am today in a way. I still love to listen to them all the time.

Now let’s take things back a bit. What album are you most fond of released before you were born? And your favorite songs on the album?

It’s hard to mention just one here. Everybody enjoys a bit of the oldies goldies. I’d have to say I will always be a fan of The Beatles, Queen, Michael Jackson, The Police and old Elton John songs etc. But if I had to choose my favorite I’d probably go for Queen – Hot Space. Such a big fan of “Under Pressure” that I had to go for Hot Space :) 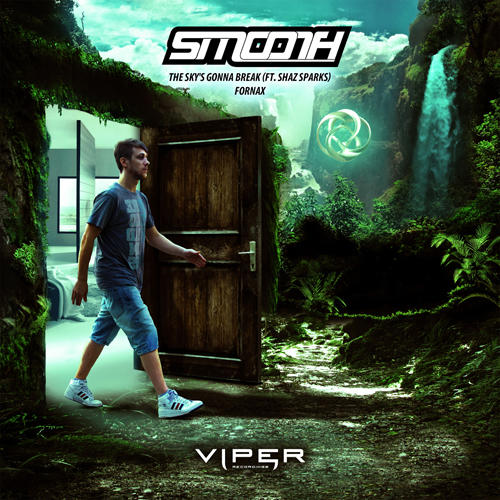 Over the years, you’ve released a multitude of tunes that reference space like “Virgo Cluster,” “Fornax,” “Under The Moon,” and “Space Attack.” What is your obsession with extraterrestrial lands, and did this start at a young age?

Hehe good one. I am a big fan of Sci-Fi movies and that shows in my music as well and I also love watching space documentaries, which always makes me realize we humans are just a colony in a vast space. And that makes us feel unimportant. And I reckon that shows in some of my tunes as well. “Virgo Cluster” and “Fornax” are definitely some of the tunes that should give you the feel of big space around us and how small we actually are.


For those who’ve never been to Slovenia, what are we missing? Will you be our travel guide for a few moments and share some information on your favorite foods, beverages, and places to go in your home country?

Of course! We Slovenians are really lucky to have such a good country to live in. We have some sea, mountains, lakes, nice small cities and villages. We also have all 4 seasons so you have your summer and you can go to Koper, Izola, Portorož and have a swim and during winter you can go snowboarding or skiing in Pohorje, Kranjska Gora or Rogla. There are a lot of beautiful places to go hiking like Logarska Dolina, Dolina Soče or Triglavski Narodni Park. Also I wouldn’t let you miss going to our lakes Bled and Bohinj which are our two really beautiful lakes but I do prefer Bohinj myself. It’s straight under the mountains and the water hits around 24 degrees during the summer which is perfect for cooling down. When it comes to food, there’s a lot of good thing here. Stuff like Prekmurska Gibanica, Potica, Krvavice and Paršut. There’s quite a lot so I can’t really go into details, but if you’re in Slovenia you should definitely try one of these.

Are there any other countries, festivals, or specific venues that you’re still hoping to play in the future?

Well by now I’ve played in a lot of countries and clubs already. But in the future I definitely want to play in Japan. I’ve never played there and I’m really fascinated by their culture and way of life. And I’d really love to see a bit of Tokyo as well. Also I’d love to play in the States and UK more often. Really enjoy playing in UK, never had a bad gig out there. People always go crazy and the party vibes are top notch! Same goes for US. I was lucky enough to play at EDC Chicago and New York this year witch was wicked and I’m looking forward to playing there again! Actually going there for two gigs on Halloween so that should be crazy!

Thanks for the interview Smooth. Beyond the recent single and upcoming album, are there any other details you’d like to share with us regarding the future of Smooth and what we can expect in 2014?

Thank you too and not a problem it was a pleasure! If I’m honest I don’t know what the future holds for me. At the moment, I’m really concentrating on finishing my next album single and the album itself. I’m taking things one at a time. All in all, my wish is just to do what I love doing and that is making music and playing gigs. And on top of that I would like to thank all the supporters, fans and obviously guys from Viper Recordings--Brendan Collins, Tim Dudley--for believing in what I do and always pushing me to the next level. 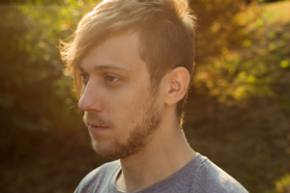 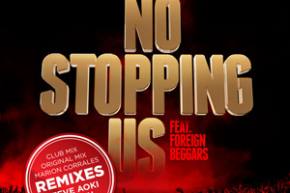 DIRTYPHONICS: No Stopping Us (Remixes) [Out Today on Dim Mak] 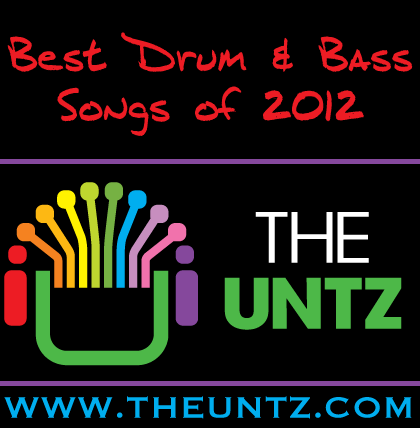 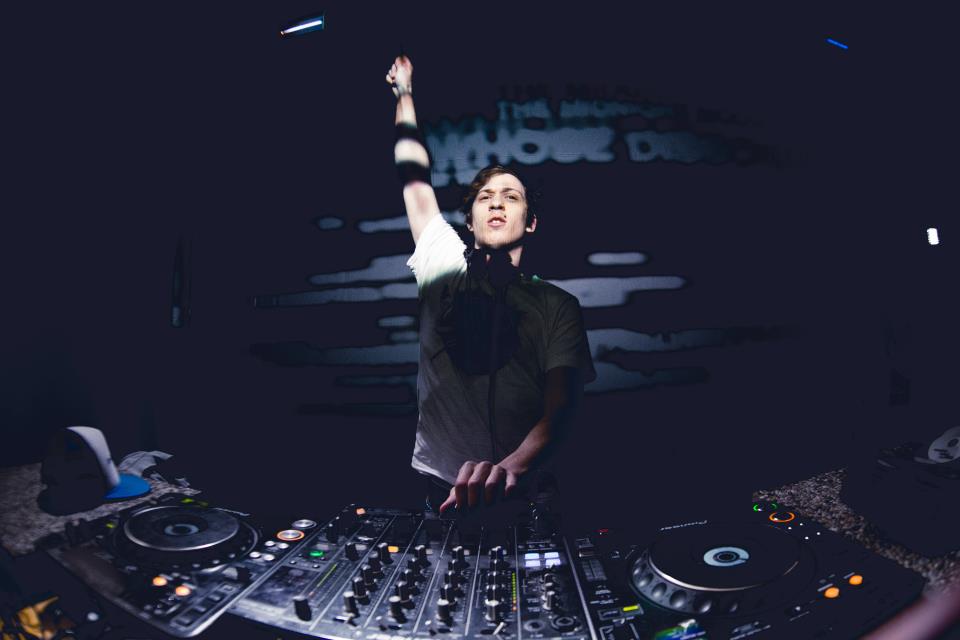