Be on the lookout this year for electronic producer Stephen Burke a.k.a. SirensCeol.  He started playing piano at age 11 and took up electric guitar a year later.   Now at the age of 20, he’s been making electronic music for the last year and a half, and has already gained an impressive fan base.  I had the chance to chat with him about his quickly growing career, and how this year is bound to be his biggest yet.

Can you explain to my why you chose the name SirensCeol? What does it mean?

I actually put a lot of thought into it.  I’ve always been interested in Greek mythology, and Sirens are Greek mythology characters. They’re kind of known as femme fatales, who were really musically skilled, and they would draw ships in from out at sea with their music.  Kind of like evil people known for their songs.  I’m not evil though, haha.

The second part, Ceol, is actually pronounced “key-ol” but I say it as “soul” just because it is easier.  It’s the Gaelic word for music, and I chose that because I have a really strong Irish heritage and background.

How did you transition from playing piano and guitar into producing electronic music?

Back in high school, I was always playing little shows at coffee shops and street fairs, and I tried recording my own music, but I realized it is really hard to be a one-man band. I also think dealing with 5 band members for a rock band would be pretty tough.  That isn’t the whole reason I got into it though.  One of my friends was huge into the electronic music scene, and she would not stop talking about it to me.  It almost made me mad, so I pretended like I hated it just because she wouldn’t stop talking about it. One day, it was actually my birthday, I got a gift card to Guitar Center and I thought about trying something new so I ended up buying hardware and equipment to start making electronic music. Just out of the blue. I just wanted to do it for fun to see what her reaction would be.  And then I started listening to it more and more, and I started making songs here and there. First I would record some rock or pop, and maybe do an electronic song on the side.  And then the genre really started to grow on me and I really got into it. The fact that I can make such a full sound with just myself, a keyboard and a computer was really appealing.  Not only that, but I love the music.  It had an effect on me unlike any other genre. The whole scene and everything about it is so original. It is pretty mainstream now, but I didn’t get into it because I was following everybody, I actually had a genuine interest in seeing how it worked.

What would you say was the hardest thing getting started for you?

Haha, the hardest thing was the first time I opened the program that I produce in.  I honestly didn’t even know what it was, I had no idea what anything did and so I was basically self-taught the whole way. I would look at YouTube videos, figure out what sounded cool, try to get cool keyboard sounds.  I just kind of played around with it at first.  A lot of my songs were really bad then, but I knew that I had it in me because I had been studying and playing instruments for 7 years prior to that.  The hardest part was really the fact that I had zero knowledge prior to starting.  It was like going to a foreign country without ever hearing the language, or even hearing the name of the language before, and trying to communicate with the people there.  But eventually you just pick it up.

Are there any electronic artists that helped to pique your interest in the genre?

At first I didn’t know any specific artists, my friend just got me really into trance.  I was thinking of producing that big room sound that is really melodic, and then Skrillex came around and I started getting more into the hardcore stuff.  I thought that if I could combine the two it would really appeal to a lot of people.  So I took it from there.  I never had anyone in particular that really peaked my interest.  Now I definitely could name a lot, Madeon is one of my favorites.

Any other music related things in your life that have inspired or influenced you, like an awesome concert?

I’ve actually only been to 3 concerts in my life.  I’ve been to shows at small venues, but big concerts where there was just one guy that I paid a ticket for; I’ve only been to 3.

Wow, that is crazy!  Can you tell me what they are since there are only 3?

And then the second one was John Mayer, go figure.

And then the third was recently. I went to go see Avicii, and that was like my first big electronic music show.  It was in San Francisco.

You’re from Berkeley, have you been playing around the SF area?

I played a lot of small local shows back when I was a singer/songwriter.  Electronic music wise I haven’t played many, the coolest place I played was at the Palms Hotel in Vegas. That was a lot of fun, it was a college event.  Other than that I’ve only actually played four live electronic shows so far. I wanted to focus my time on production to get that down really good. And that seemed to work for me, because now in the future I have a lot of good stuff lined up. 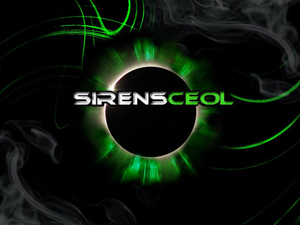 Is there anyone that you’d love to tour or collaborate with?

There are two guys that I could name, Zedd and Porter Robinson.  Those two are huge influences of mine because I love the glitchy-ness in their music.  Their songs have a lot of melodic tonality and it fits my style a lot.  A lot of these guys are just “womp, womp, bass”, really monotone, and Zedd and Porter Robinson are super creative. I’ve already contacted one of them to remix their music, but other than that I haven’t really thought about going on tour with huge artists yet. If either of those two asked me to open for them, I would probably jump out of a window with excitement.

Haha, well I actually just saw that you beat out a lot of really popular artists on Dubstep.net to take the #1 spot of the week last Monday with your song "You and I."  How does that feel?

It’s really exciting especially because I came from nothing. It is such an indescribable feeling. It’s like Christmas every day, having someone who you barely know telling you they love your music. It really isn’t about yourself anymore, it’s about pleasing the people out there who are taking the time out of their day to listen to your stuff and follow you as an artist. It’s a really awesome feeling.

What do you think about online music streaming and sharing?

Online music has opened the door for thousands of artists; I honestly don’t know how people did it before SoundCloud or other music streaming websites.  The fact that your material can be online for almost everyone in the world to listen to opens so many doors for so many people.  I’m not saying someone who is really bad is going to make it just because it’s out there for people to listen to, but the fact that these sites are available to people really gives meaning to the American dream.  If you really want to do it, there is your opportunity.

It’s obviously a lot of hard work though, I can’t tell you how many hours I’ve put into it.  Not just producing, but writing music too, like over the last 10 years, and now I am finally getting something out of it.  There is a quote that says overnight success takes like 15 years, and it’s true, but the fact that you have all these opportunities in front of you is amazing.  The online music scene is really helpful, or at least it was for me.  Without it, I don’t know how I would promote my stuff.  I can’t mail it to people, haha!  The only way I’ve gotten exposure is through online websites.   It was only really about a month and a half ago that things really started to take off for me, and now everything is happening so fast I don’t even know what to do with myself.

I also just saw that you released one of your new songs “The Time of Our Lives” as a free download.

Yea, you can download it from my SoundCloud page, which you can also get to from my Facebook page.

If everything goes to plan I am hoping to be on tour in the very near future.  I’m confirmed to play with a few pretty big local organizations in San Francisco, and I am working on another deal right now that could possible take me nationwide over the summer.

Are there any festivals or venues that you’d just die to play at?

I mean, there are so many, I would be stupid not to say EDC.  That would definitely be amazing.  Other huge festivals like Ultra, Tomorrowland or Lights All Night.  To play at any of those would be amazing.  Going anywhere outside of the U.S. would be an awesome experience, knowing that you’re reaching fans around the world.  The electronic music scene in Europe is huge. 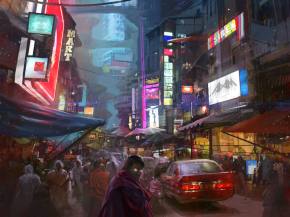 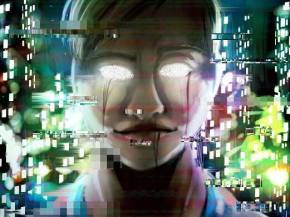 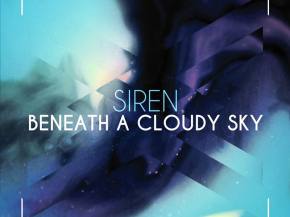 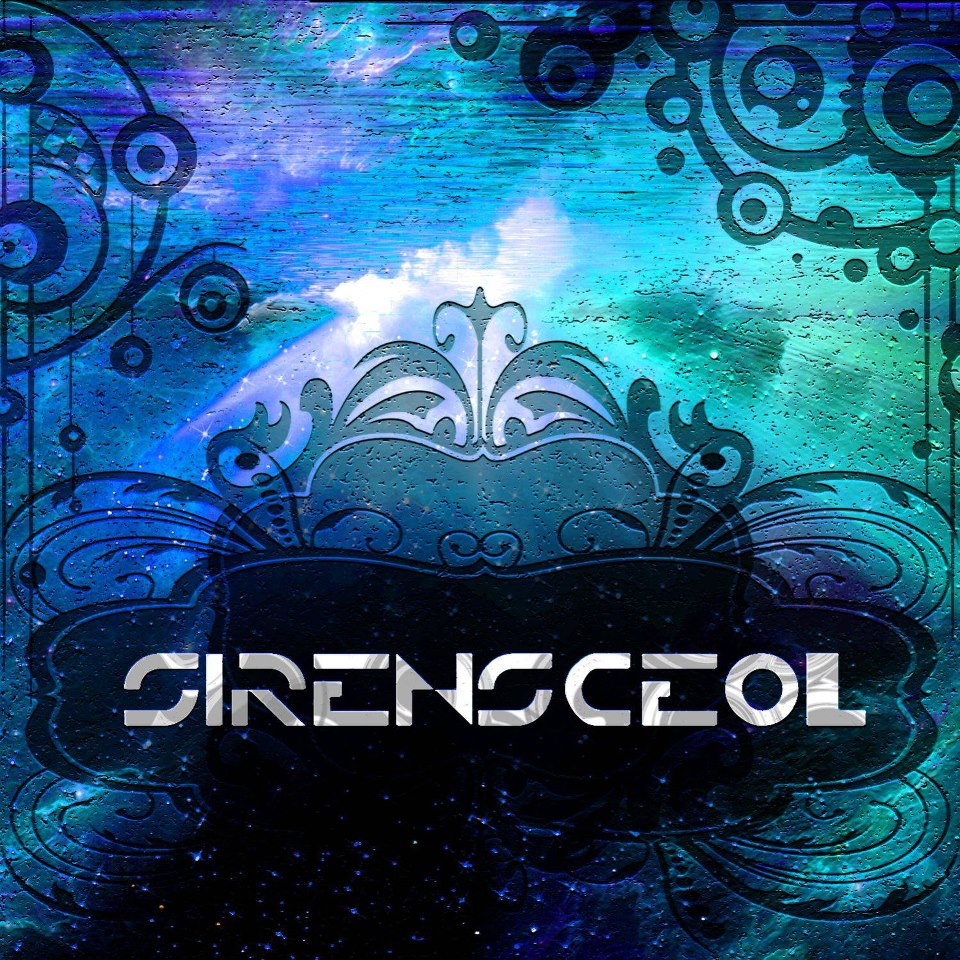