With a decade and a half in the industry behind them , Pat Pardy and Tom Beaufoy know exactly what they're doing. The Brighton-based duo has done it all, from techno and disco to grimier bass-ridden horrorscapes for gory flicks. As Evil Nine, the pair have aligned themselves with the right collaborators to take their game to the next level and squash genres in their giant footsteps. Danny Brown, one of the hottest young rappers to jump on the scene over the past couple of years, lent his sprawling, drawling, sneering delivery to the tongue-in-cheek, chipped-tooth, rough-edged "The Black Brad Pitt."

While the track was a rousing success, Evil Nine wanted to give its fans something a little closer to their signature sound, so they decided to get their hands dirty and remix their own track. The result: techno, all revved up on almond milk and trucker speed jumps trap in an alley and rubs its face in the grime. A brooding, dark monster, this track drags its knuckles through the dirt, slobbering and salivating bass drippings across the pitched down verses from Brown. Here's what the guys had to say about their re-hashing:

It something of a nod to our past but don’t worry we’re not repeating ourselves - it’s grimy, dark, and goes hard...' 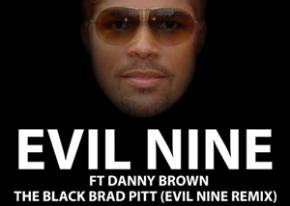 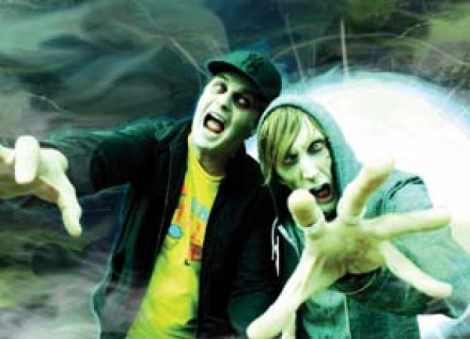