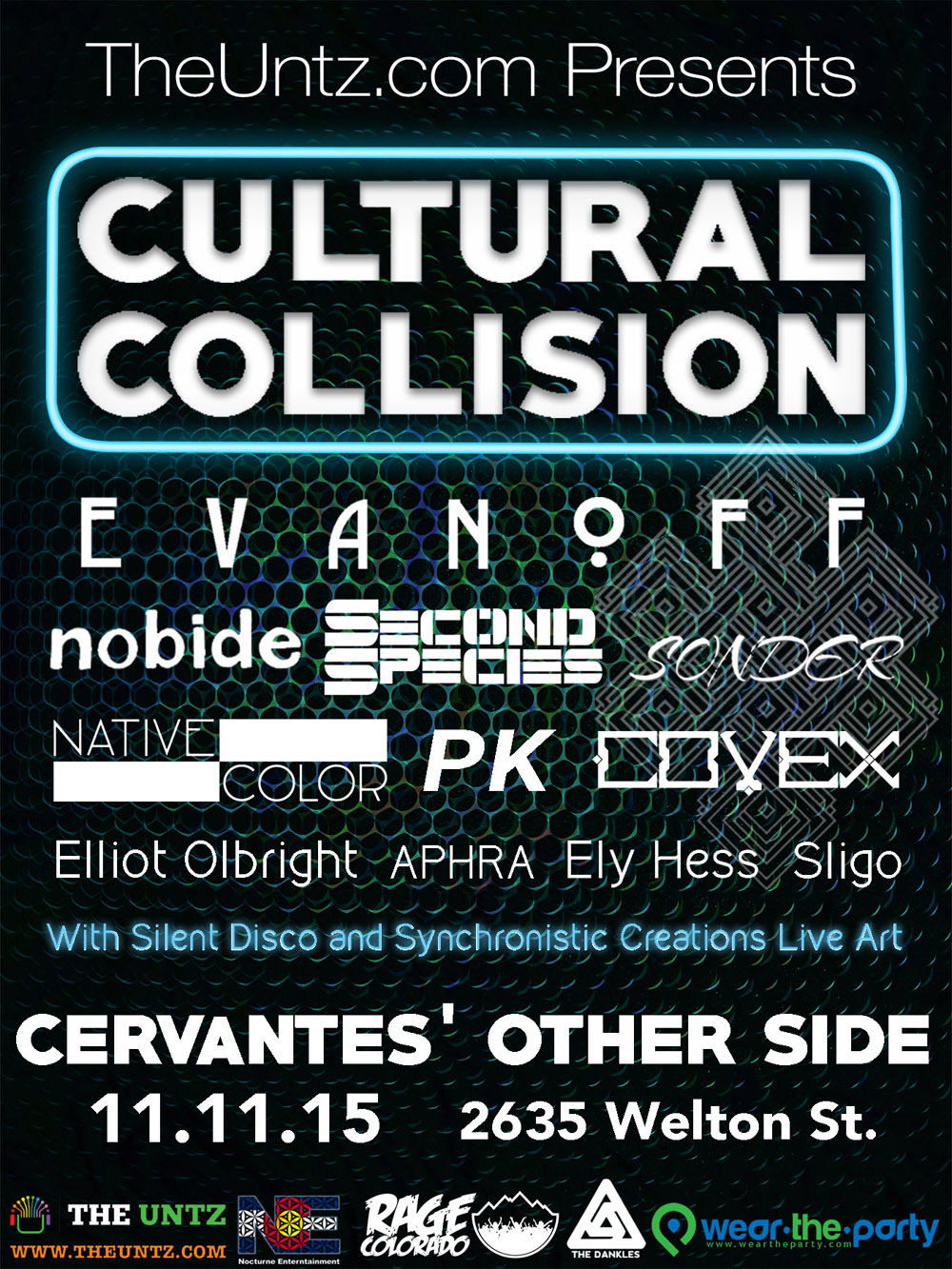 In our continuing quest to highlight incredible local and regional acts who are taking chances and making names for themselves, TheUntz.com is proud to present Cultural Collision, a melting pot of genres and sounds hitting Cervantes' Other Side (2635 Welton St) in Denver, CO on November 11 with a bevy of talent from all over the beautiful state of Colorado and beyond.

Headlining the showcase is Evanoff, a cutting-edge livetronica force led by shredding guitarist JJ Evanoff, and featuring Parker Oberholzer on bass and B.K. Kahn behind the kit, along with visuals from Danny Shanahan. This unit is headed to Mariposa, CA from June 2-4, 2016 for The Untz Festival, but first they'll continue to hone their sound in their home state. The band's aim is to integrate the sounds of classic rock into today's scene of beats and bass. They've got what it takes.

Collaborator Nobide is also on the bill. The Boulder-based beatsmith is crafting his own signature sound, which falls under the future funk banner.

They'll be joined by Second Species, Sonder, Native Color, PK, and many more. The show will be utilizing the Silent Disco system out on the patio behind The Other Side, as well.

Grab your tickets now to this electrifying showcase of up-and-comers.