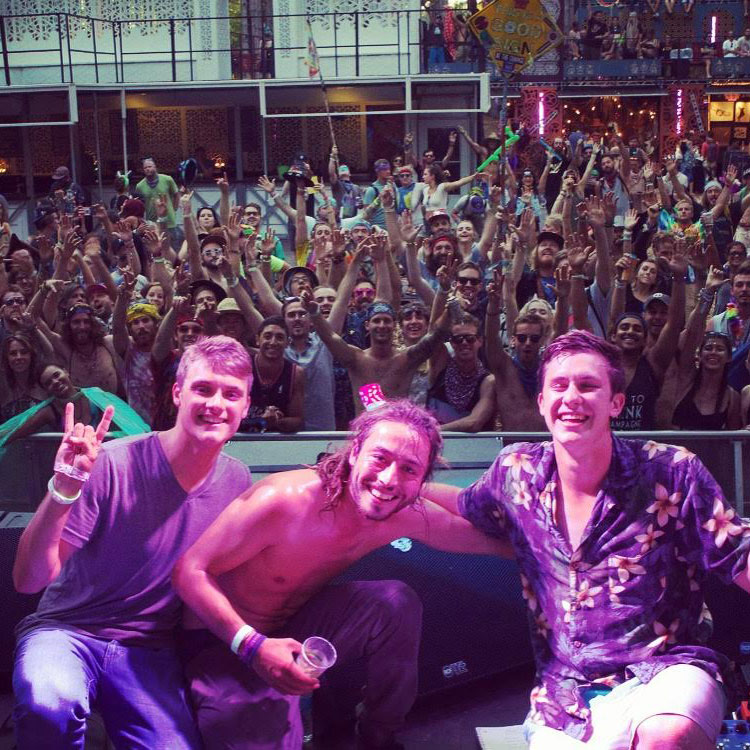 For "dream rock" trio Evanoff, the road to success winds its way back and forth across the country. The Colorado trio has been pounding the pavement hard over the past couple years, doing multiple runs through the midwest out to the northeast and southeast, and pushing further west, even hitting The Untz Festival last summer.

Combining classic rock elements with futuristic electronic flavors, the outfit comprised of JJ Evanoff on guitar, Parker Oberholzer on bass and synth, and drummer Jake Hall has steadily gained a fan base through incessant touring and intense live shows. Now the three-piece is nearing the release of its debut EP, Dusk Before Dawn, and fans get a taste of the new sound that this band is honing today.

“Crowd Control” is the lead single from the EP, and sees the band finding its way through funkier textures, eschewing some of their proggier and rockier moments for a glitchy, funky, more future forward footing. Still there are the soaring guitar sounds that won its early fans, but certain strides have been made to make this power rocking trio an even bigger force in the electronic scene. What makes it even cooler, is that the song is inspired by Evanoff's train trip from southern France to Munich, Germany surrounded by Syrian refugees escaping their war-torn homeland. The power and the presence is felt even in the studio.

We can't wait for this next chapter in the band's career—look for the release this fall.