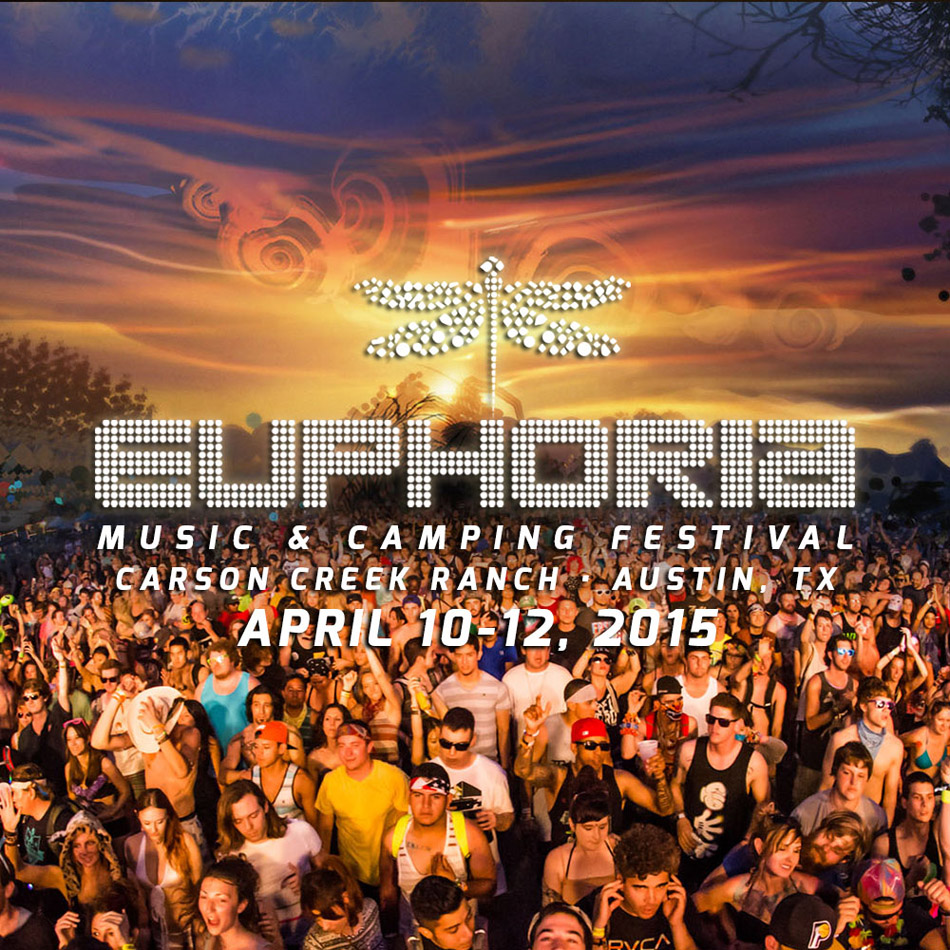 On the heels of its sister festival Art Outside closing down a blowout weekend, Euphoria Music & Camping Festival has announced its 2015 dates. Moving from a 2-day to a three-day festival, ECMF will return to Carson Creek Ranch in beautiful Austin, TX on April 10-12, 2015.

Past performers have included Zeds Dead, EOTO, The Polish Ambassador, Beats Antique, Gareth Emery, and a wide selection of electronic music performers from across the spectrum. This 18+ festival has a reputation for going big, and that will continue into 2015.

Early birds go on sale Friday, October 31 at 10 am CDT for a very limited allotment at $99, before increasing to $149. Fans will recognize those prices from when it was still a two-day festival, and understand just how cheap that is.

Several tiers of VIP passes, with preferred viewing areas, a private bar, festival swag and separate entrance start at $129. Camping options will be available for both General Admission and VIP, starting at $149 and $199, respectively. Tickets will be available online at www.euphoriafest.com.