Aaron Mader spent more than a decade touring with his junior high school buddies as The Plastic Constellations.  In his dual-life, away from the indie rock spotlight, he pored over his MPC making beats for his Minneapolis-based hip-hop collective Doomtree.

As Lazerbeak, Mader stepped out once again with a solo effort, Legend Recognize Legend, which fuses his indie rock sound with hip-hop sensibilities.  Writing and singing most of the album, the songs became revelatory and introspective, forcing him to look at his life and music in a new way.  Recently, the Chicago mash-up artists The Hood Internet dropped a few rappers, from T.I to Drake, on top of the instrumentals from the album to create Ledger Recognize Ledger.

The Plump DJs will be on next week's The Untz Podcast.  This UK duo of Lee Rous and Andy Gardner were pioneers in the early days of breakbeat. They've worked with some of the biggest producers in the world, and are now in the midst of a US tour. 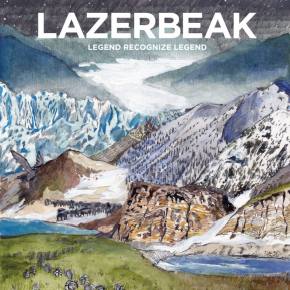