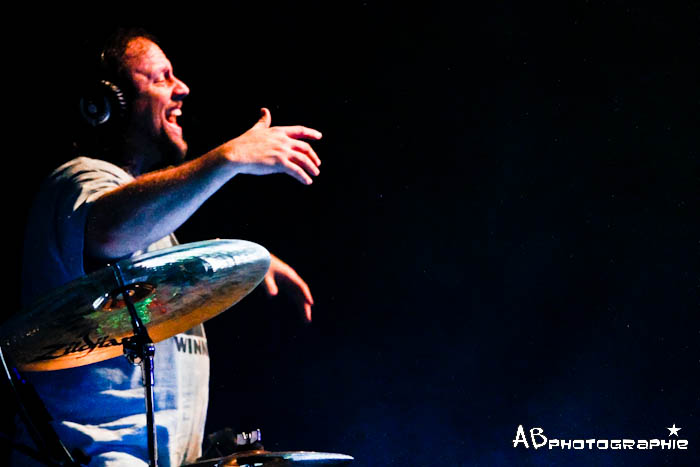 In anticipation for the 10th Re:Union of Symbiosis Gathering, artists as well as fans are getting into the spirit. Today, EOTO unleashes its live set from the Boulder Theater in Boulder, CO from July 11, 2015. Coming off of a huge night at The Mishawaka in Bellvue, CO, Jason Hann and Michael Travis took their 100% improvised electronic and dance music reinterpretations to the storied, jam-packed theater in the heart of Boulder. Running through funky house, dubstep, trap, and straight up punk, the livetronica duo made a statement in its return to the Rocky Mountains.

Jason Hann took the time to break down the Boulder show, and also look forward to Symbiosis, which hits Woodward Reservoir in Oakdale, CA from September 17-20 with headliners Tipper, Four Tet, Kaytranada, GRiZ, Minnesota B2B G Jones, and so many more.

Visit symbiosisgathering.com for more information and to get your tickets.

Anand Harsh: What's special to you about this Boulder Theater show, besides of course being in [Michael] Travis' hometown? 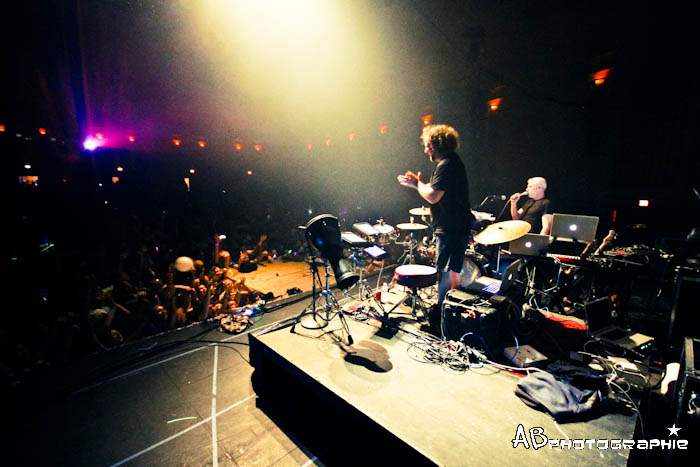 Jason Hann: It was our big headlining return to Colorado. We had a string of shows where we were support at Red Rocks, or played at venues that didn't quite work out. One of our shows at Mishawaka was postponed, because of flooding, so we had to move it to the Aggie, so it was really nice to be able to headline The Mish and then come headline Boulder Theater.

It's also interesting, because there are a lot of new fans since the advent of live instrumentation in electronic music. A lot of fans think that we're playing over background tracks, so Travis has been occasionally telling fans before shows "we're doing this all from scratch," so it's been cool to experience that freshness with new fans.

AH: Speaking of the live instrumentation, I've wanted to ask you this, but I always forget--how much time do you have to spend memorizing all those rap hooks and verses?

JH: [Laughs] I actually know about 60% of the words--actually, that might be high. If I'm in the middle of a show, and I think "you know, that song would be a really good fit here," hopefully I remember to write it down, and then I look up the lyrics. I can then have them ready on one of my iPads, so that if we're playing, and something similar comes up, I can think "oh, did I remember to write that down," and if I did, I can pull it up, and I have the lyrics.

AH: So on top of the technical stuff happening with your drumming, and the technological stuff that you're sorting with Travis and all the live tracks he's sending you, you're having to also figure out how the words will fit into all of that? 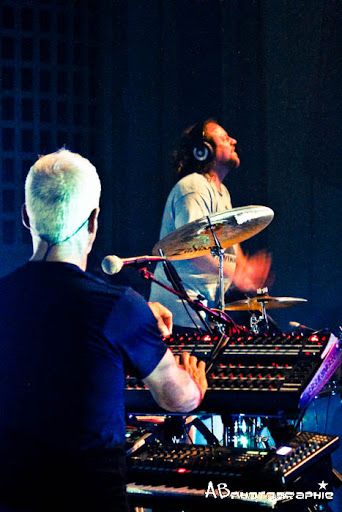 JH: Yeah, that's the fun part. I guess it all goes back to when I was learning how to play Indian drums. When you're playing the tablas, you're not only striking each particular note, you're also vocalizing it, which gets into all these intricate tongue-twister patterns. So I've always been attracted to the very rhythmic rappers like Busta Rhymes or TechNine--I haven't tried Yelawolf yet, but really any rapper who attacks the rhythm with their deliver really works.

AH: I guess the Lil' B school of lazy rap and falling off the end of breaks and being arhythmic doesn't really work?

AH: You're releasing this Boulder show to get fans ready for your appearance at Symbiosis later this month. It's the 10th anniversary of the festival, and I understand you've had quite the history with the festival?

JH: Yeah, we've been around since the early years, and through all the various venues. I remember one of those early years, we had this all-star superjam with like Simon Posford [Shpongle] on guitar, Youth [legendary producer, former member of Killing Joke] on bass, and all these other amazing players. It's always been a cool place for us to play.

AH: I gotta imagine, with a festival like Symbiosis, you're able to hang out all weekend and catch some amazing, cutting-edge acts.

JH: Yeah, that's the thing. Wherever it is, the lineup always delivers. So many cool acts. Lots of really progressive electronic music. They really hold it down with that lineup.